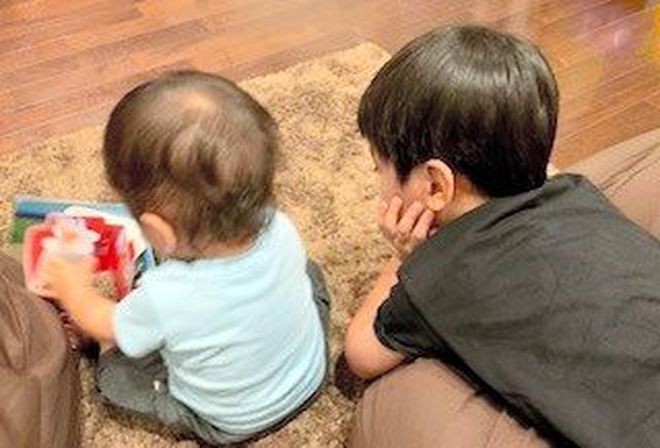 Stress levels are rising in households where children are forced to spend more time at home due to fully or partially suspended school classes during the COVID-19 pandemic. (Natsumi Nakai)

Stuck at home all day, families with small children are increasingly stressed out as the COVID-19 pandemic forces a drastic change in lifestyles.

A study by the National Center for Child Health and Development in Tokyo found that around 30 percent of children are frustrated at being cooped up at home and not being able to attend school or venture outdoors.

The findings, released June 22, also revealed that children's parents and guardians tend to direct their own stress at their offspring.

A team of researchers and doctors at the center created the online survey, carried out between April 30 and May 31, to study how family life is changing with the novel coronavirus outbreak.

They analyzed responses from 2,591 minors aged 7 through 17, as well as 6,116 adults who have children ranging from newborns to teenagers aged 17.

Thirty-three percent of elementary school children from grades one to three said they are now "often irritated."

That sentiment was shared by older students. For children in grades four through six, the figure was 38 percent. The corresponding figures for junior high and senior high school students were 30 percent and 29 percent, respectively.

Alarmingly, the survey showed an increase in acts of self-harm and displaced anger.

Sixteen percent of those in grades one through three said they "have injured themselves or resorted to violence against families and pets."

For children in grades four through six, that number was 10 percent. For junior high schoolers and senior high school students, the rates both stood at 5 percent.

Researchers, alarmed by the findings, said the norm usually registers at 3 percent or so.

The survey also reveals how the coronavirus crisis has changed the way parents and guardians behave toward their children, and the results are worrying.

The survey asked whether they scolded or hit their children over the past month. Sixty percent of parents of children from kindergarten and nursery school age through third-year in elementary school said they "emotionally scolded" their children.

Ten percent of families with children in senior high school said the frequency of such experiences "slightly" or "drastically" rose from January this year.

But it was significantly higher for those with smaller children. For parents of children in nursery school and kindergarten, the figure reached 45 percent. The trend, however, was different among parents of smaller children who do not attend educational facilities.

The questionnaire also came with a comment section where people could speak freely. An elementary school girl in sixth grade wrote that she wants "time to spend with friends."

Another in her fifth year at elementary school said she is looking for "my family's happiness because my father is sometimes annoyed by the fact that he cannot go out for drinking parties or other events."

A junior high school student in his first year sought advice on "how to slow down my mind."

Mayumi Hangai, a researcher at the center who examined the survey results, touched upon possible steps parents could take.

"There were few opportunities (for parents) to listen to children who are stressed out," said Hangai. "The important thing is that adults stay close to them and try to gauge what they are thinking. We hope this study will help parents."

Given that the stay-at-home campaign is expected to have mid- to long-term effects on families, the center is planning to continue its research.