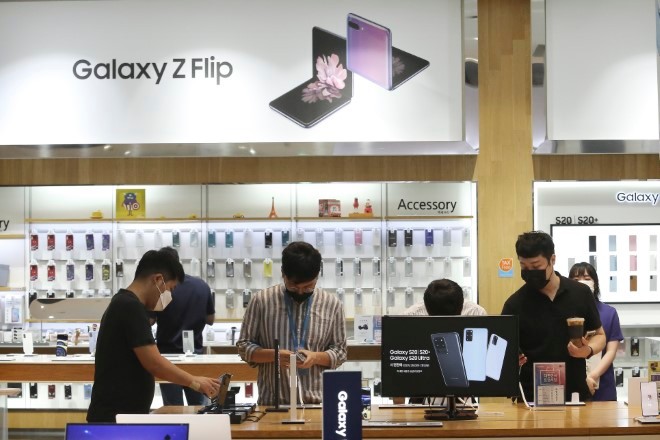 The South Korean technology giant will release more detailed information when it announces its finalized earnings later this month. It projected its operating profit during the April-June period will be 8.1 trillion won ($6.8 billion or 729 billion yen). The company’s revenue for the quarter is forecast to fall 7 percent to 52 trillion won.

After reporting a 3.4 percent increase in operating profit in the first three months of the year, Samsung said in April it expected its second-quarter profit to decline with the pandemic pushing down sales of smartphones, TVs and other products.

Analysts say Samsung, which is the world’s largest provider of semiconductors, is continuing to benefit from robust chip demand generated by PCs and servers. It’s likely that the pandemic is also forcing the company to spend less on marketing due to traveling restrictions.