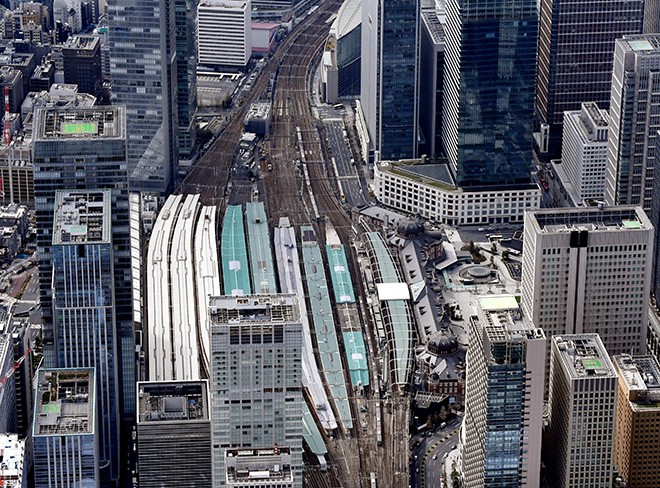 East Japan Railway Co. (JR East) is considering different ways to rebound from the losses caused by new coronavirus pandemic, including introducing a fare system based on peak and off-peak hours.

JR East President Yuji Fukasawa painted a not-so-bright picture for the future of the company even after the pandemic ends.

“I don’t think the passenger volume will return to the previous level,” he said at a news conference on July 7. “We have deepened discussions on how to manage the business on a long-term basis and begun reviewing various factors, such as costs, train-operation diagrams and fares.”

Fukasawa did not mention a time schedule for these possible changes.

He said one topic of discussion is creating a flexible fare system that changes according to the volume of passengers. Train operations could become more effective with different fares for peak hours and off-peak hours, he said.

Fukasawa also said it is possible for JR East to change the times of the day’s first and last trains.

JR East is now considering making adjustments in the number of trains it operates in the morning.

The pandemic has changed people’s lifestyles and commutes. More people now ride earlier trains to get to work, resulting in a quicker start to the morning rush hour.

According to the company, revenue from train operations in June was just 56.5 percent of the level in the same month the previous year.

That was an improvement compared with April, when a national state of emergency was issued for the pandemic. Sales for that month were 25.9 percent of the level of April 2019.

In May, sales were 30.4 percent of the level the same time the previous year.

Sales for April and May, excluding revenue from commuter passes, dropped by about 100 billion yen ($929 million) year on year each month.

“The impact of the coronavirus pandemic will continue for a long time, and I think a new lifestyle that people have adopted because of the virus will stay and take hold,” Fukasawa said.