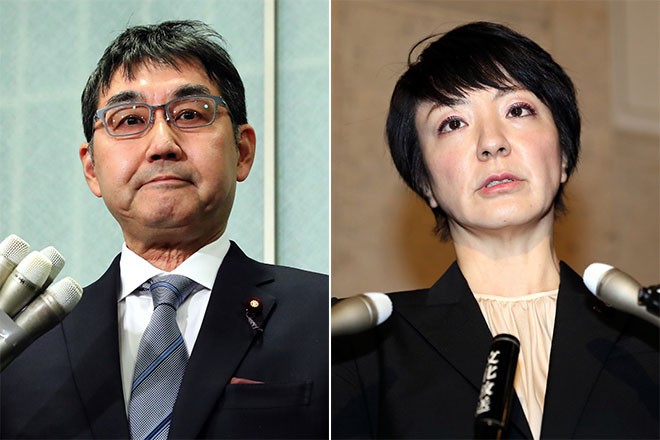 The Tokyo District Public Prosecutors Office indicted Katsuyuki Kawai, 57, a former justice minister, and his wife, Anri, 46, a first-term Upper House member, on charges of distributing a total of about 29 million yen ($270,000) to local assembly members and others in Hiroshima Prefecture as a way of gathering votes for Anri in the 2019 Upper House election in which she won one of two seats up for grabs in Hiroshima Prefecture.

Lawyers for the couple plan to submit a request to the Tokyo District Court for their release on bail.

The Kawais were arrested on June 18 on suspicion of vote-buying. Initially, they were suspected of distributing a total of 25.7 million yen to 94 individuals in Hiroshima Prefecture, but further investigations by prosecutors pushed the figure to about 29 million yen, the sum mentioned in the indictment.

The couple have denied any wrongdoing during questioning by prosecutors.

No criminal charges will be filed against any local assembly members who received cash handouts from the Kawais.

The decision was made because many of those who admitted receiving the money said they felt coerced into accepting the cash from Katsuyuki.

Officials with the Tokyo District Public Prosecutors Office are also planning to seek stiffer penalties against Katsuyuki if he is found guilty as he was in overall charge of Anri’s campaign.

Anyone in such a position is considered to have committed aggravated vote-buying and could face up to four years in prison or a penalty of 1 million yen because of the more egregious nature of their crime.

Normally, anyone found guilty of vote-buying faces a maximum prison sentence of three years or a fine of 500,000 yen.