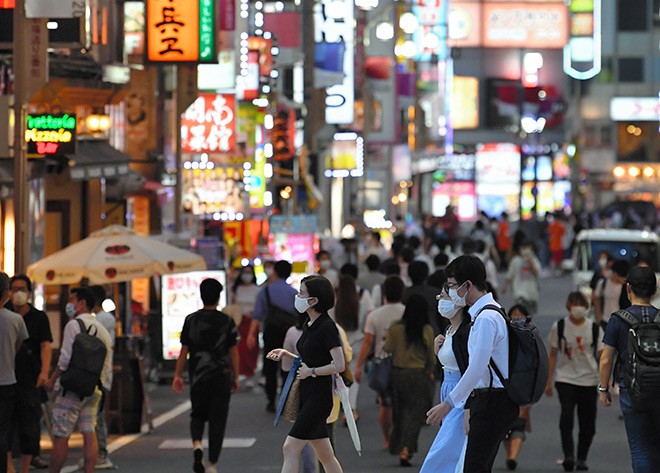 Pedestrians stroll through the Kabukicho entertainment district of Tokyo on July 2 when more than 100 COVID-19 infections were reported in the capital for the first time in two months. (Takuya Isayama)

Tokyo reported a major spike in COVID-19 infections on July 9 with a record 224 cases, according to sources, topping the daily high in the capital that was marked nearly three months ago.

The last time the number of new cases exceeded 200 was on April 17 when 206 infections were confirmed.

On the morning of July 9, Tokyo Governor Yuriko Koike said, “With many people aggressively taking tests, I believe one consequence has been a large increase in positive results.”

The Tokyo metropolitan government held a meeting on the afternoon of July 9 of its panel of experts to announce the results of an analysis of the current situation facing the capital based on new benchmarks to decide on issuing a warning about the next wave of new infections.

The four-stage benchmark regarding the seriousness facing the medical care system was raised to the second highest stage that states a need has arisen to bolster it.

However, the benchmark regarding the infection situation was kept unchanged at the second highest stage that said it appeared that infections were continuing to increase.