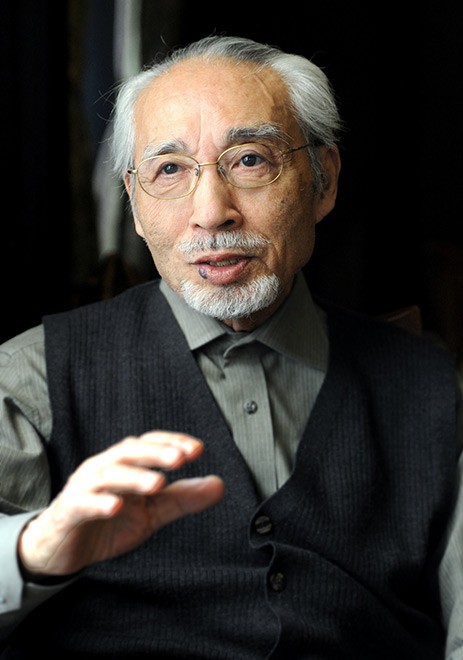 “Gendai Hyakunin Isshu” (A modern version of a collection of one hundred waka poems by one hundred poets) was published 25 years ago.

I was refreshingly surprised to find this piece in the anthology, along with verses of poet Mokichi Saito (1882-1953) and folklorist Shinobu Orikuchi (1887-1953), who wrote poems under the pseudonym Shaku Choku.

Takashi Okai, a leading figure in the postwar world of tanka who selected pieces for the anthology, died on July 10. He was 92.

Okai was a physician as well as a poet. He served as a judge for the annual “Utakai Hajime,” or the Imperial New Year’s Poetry Reading ceremony, and as a tanka adviser for the imperial family.

When he was a medical student at Keio University, Okai felt drawn to Marxism.

His home was searched by police while he was on night duty at a clinic affiliated with the Japanese Communist Party.

“Even collections of poems and manuscripts for a poetry magazine were confiscated,” he said in an interview with The Asahi Shimbun.

In his 40s, Okai eloped with a young woman to Kyushu, abandoning his family and reputation. The renowned poet’s “sudden disappearance” caused a stir.

But his relationship with her did not last long, and he started working at a hospital in Japan’s southernmost main island.

He later produced a sensual poem.

Okai was deeply concerned about the future of tanka poetry.

“Tanka is already past the stage of crisis and is in the wreckage of ruins,” he said.

“I am standing in those ruins, selecting, correcting and teaching about poems, and pinning my slight hope on rebuilding the art,” he repeatedly said.

Okai never became complacent about his mastery of poems, even after achieving fame and success.

He tried to push the potential of tanka poetry to the limit by casting an array of verses, from the nonsensical string of words for a TV commercial to original and experimental pieces.

He lived an irregular and discordant, yet most dignified life.