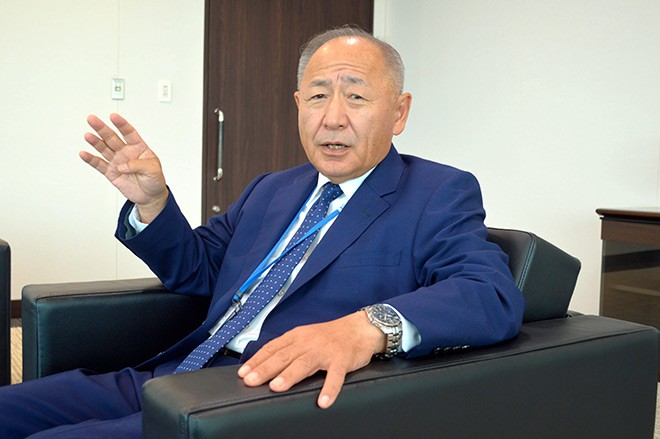 The former top uniformed officer in the Self-Defense Forces criticized the government as “irresponsible” for halting the deployment of the Aegis Ashore land-based missile defense system without having an alternative in place.

“It is like putting the cart before the horse by placing the question of rocket boosters ahead of the launching of interceptor missiles,” Katsutoshi Kawano, former chairman of the Joint Chiefs of the Staff, said in an interview with The Asahi Shimbun in Tokyo on July 14.

The U.S.-developed Aegis Ashore missile interception system was expected to defend Japan against ballistic missiles fired by North Korea. Sites in Akita and Yamaguchi prefectures were selected to host the defense system.

But the government last month announced the halt to the deployment plans.

The suspension followed the Defense Ministry’s repeated insistence over months that rocket boosters used to launch the interceptor missiles would fall on SDF training areas or in the sea.

However, it recently emerged that an additional 10 years and 200 billion yen ($1.85 billion) would be needed to ensure that the boosters would not land on nearby residential areas.

That led to the government’s decision to end the deployment process.

Kawano was chairman of the SDF’s Joint Chiefs of Staff from 2014 until his retirement in 2019.

“While in office, I never heard that the rocket-booster landings could become an issue in the deployment plan,” he said.

Kawano said the Defense Ministry should reflect on its incoherent responses to local communities that have expressed concerns about hosting the missile system.

He also noted the possibility of North Korea resuming its test-firing of missiles as talks between Pyongyang and Washington have stalled.

“Now that the number of missiles launched by North Korea has decreased, the Japanese public’s interest in the deployment of the missile defense system has declined,” he said. “That is why the government should have proceeded with the deployment based on political leadership and explained to local residents that it will exhaust all measures to ensure their safety from falling boosters.”

“Japan should consider building the capability of striking an enemy base, which is a source of missile launches, without depending on the United States,” he said. “Japan can accelerate the introduction of such a capability if it obtains cooperation from the United States in gathering positional information and other data.”

Kawano added that all his acquaintances in the U.S. military and others have spoken somewhat favorably about Japan acquiring pre-emptive strike capability in an effort to counter China.

But he also noted a string of hurdles must be first cleared, such as a sweeping change in Japan’s defense equipment systems and public opinion.

Kawano also noted that consensus on pre-emptive strike capability would be needed between Prime Minister Shinzo Abe’s Liberal Democratic Party and its junior coalition partner, Komeito, which remains cautious about such a change in policy.

“The transformation of the SDF’s defense equipment systems will be necessary,” he said. “In addition, Abe should exercise considerable political leadership to steer Japan toward it, given the broad public support shown for the halt of the deployment of the Aegis Ashore missile defense system and Komeito’s position.”