EDITORIAL: ‘Go To’ tourism campaign should be parked while virus cases spike 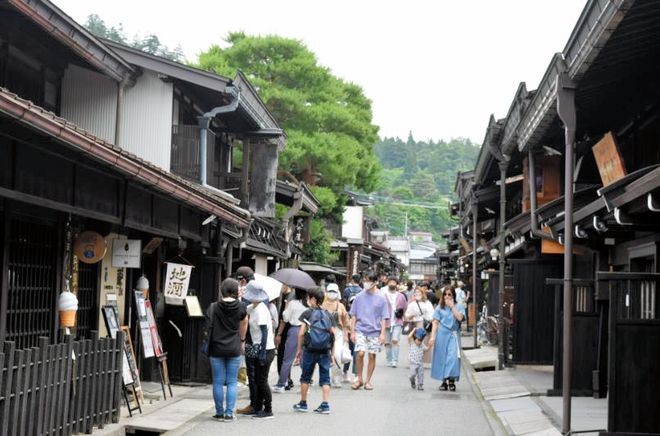 The government’s decision to forge ahead with its policy initiative to boost the tourist industry pummeled by the new coronavirus pandemic despite a recent spike in new cases across Japan is against all reason.

The program could end up spreading the virus to all parts of the country.

The “Go To Travel” subsidy program, scheduled to start July 22, is drawing a growing chorus of criticism. The government should suspend the program for now as many people are worried about its consequences with good reason.

The program will subsidize up to 14,000 yen ($130) of expenses for domestic travel per person for each overnight stay. Initially, it was to be rolled out in mid-August. But the government has decided to move up the launch date to stoke travel demand during the summer vacation period.

The hospitality industry has been ravaged by the outbreak. A wave of bankruptcies among hotels and Japanese inns has underscored the urgent need to provide policy support to the battered industry.

But any tax-financed policy effort to expand the flow of people around the nation is clearly a premature move.

Chief Cabinet Secretary Yoshihide Suga has called on “people with poor health conditions” to avoid making trips. But what about asymptomatic cases?

The tourism ministry stresses that hotels and other hospitality businesses will be required to take measures to prevent infections, including taking the temperatures of customers and limiting the number of people who can use a bathhouse simultaneously.

But can these measures be effectively enforced? Will public transportation not create so-called “sanmitsu” situations--where many people come in close contact with each other in a confined environment?

When the Cabinet formally approved the Go To Travel program in April, it was decided that it would be carried out “after the outbreak is brought under control.”

But the Tokyo metropolitan government raised its coronavirus alert to the highest level of four as new infections exceeded 100 for the seventh straight day on July 15.

In addition, areas that have been damaged by torrential rains and massive floods in recent weeks are not accepting disaster relief volunteers from outside the prefectures despite their strong need for manpower to clean up the mess.

These facts leave little doubt that the virus has yet to be brought under control.

Rural areas generally have a high ratio of elderly people who are more likely to develop severe symptoms while their local medical capabilities are far from sufficient to deal with a large number of cases.

“What had been described as a natural disaster will turn into a human disaster” if infections spread because of the Go To Travel campaign, warned Soichiro Miyashita, mayor of Mutsu in northern Aomori Prefecture.

The government needs to pay serious attention to such concerns voiced by local government chiefs across the nation.

The situation of infections and the importance of tourism for the local economy differs from region to region.

It should be left up to each region, not the central government, to decide what degree of risk it should accept to support the local tourism industry and what kind of specific help should be provided.

Some 40 prefectural governments have introduced their own programs to subsidize travel expenses with eligibility mostly limited to local residents.

It would be better if the central government transfers the 1.35 trillion yen earmarked to finance the Go To Travel campaign to local governments to support their own efforts to prop up the local tourism industries.

In that case, it should be considered whether the local governments should be allowed to use the money to provide subsidies directly to local tourism businesses.

If this campaign causes a fresh nationwide wave of infections, many regions could be forced to again call for voluntary restrictions on individual outings and business operations, which would deal another heavy blow to the already enfeebled local economies.

Prime Minister Shinzo Abe’s administration should bring into sharper focus the enormity of the policy challenge of reviving social and economic activities without allowing a resurgence in infections.