Revision to ban yakuza from giving Halloween treats to children 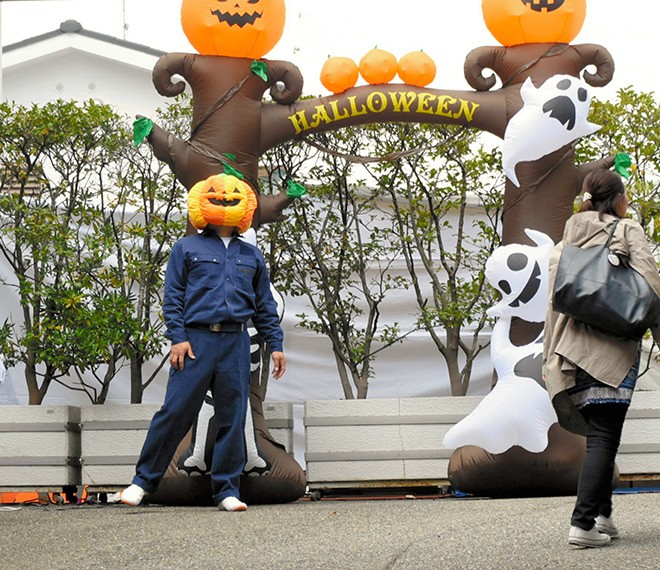 KOBE—Sorry kids. There will be no more Halloween trick-or-treating at the offices of Japan’s largest yakuza organization if Hyogo prefectural police get their way.

The department will submit a bill to the prefectural assembly in September to revise an ordinance to ban gangsters from giving money and goods to children under 18.

The revision is intended to crack down on the annual distribution of Halloween treats to children by the Yamaguchi-gumi crime syndicate at the end of October.

The organization has come under stricter regulations after being designated as a gang engaged in a turf war with the Kobe Yamaguchi-gumi, which split from the Yamaguchi-gumi.

According to police, the Yamaguchi-gumi has held a Halloween event at its headquarters in Kobe’s Nada Ward and other places and handed out sweets and snacks to children living nearby since 2013.

The Yamaguchi-gumi did not host the event last fall because gang members were prohibited from entering its offices under regulations intended to quell the escalating yakuza feud.

Police have called on children and parents to avoid such yakuka-related events.

Plans to revise the ordinance were hatched after police suspected the Yamaguchi-gumi was trying to win over local residents with free candy and other treats.

The revision would specifically ban crime syndicates from letting children into their offices or contacting them to bring them under the groups’ control.

The prefectural public safety commission will also be able to issue orders to gang members to stop violating the regulations. Repeat offenders will face imprisonment of up to six months or a maximum fine of 500,000 yen ($4,670).

According to police, the regulations will be the first in Japan to carry penalties for providing money and goods to children under the age of 18.