Building where manga greats got their start, lived rebuilt in Tokyo 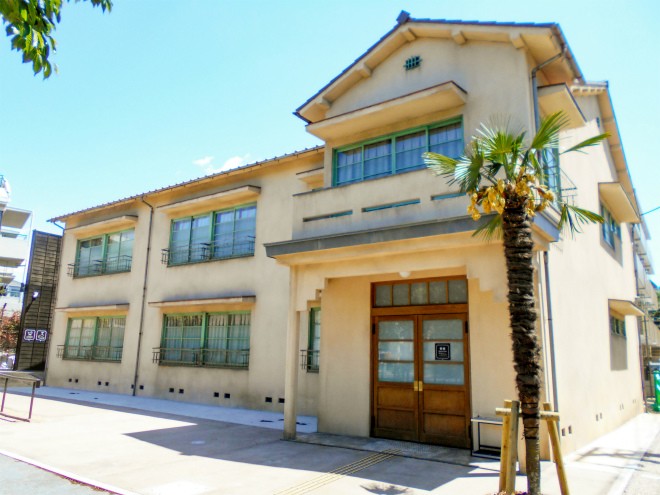 The replicated building opened to the public as a museum on July 7.

"I only have pleasant memories. I hope as many people as possible visit (the museum)," said Johji Yamauchi, 79, the last manga artist who lived in Tokiwaso.

Once occupied by Osamu Tezuka, Fujio Akatsuka and other authors, the original wooden building fell into disrepair and was dismantled about 40 years ago. But the site has been touted as a "holy place of manga," attracting fans from around the country and making local residents hope for a reconstruction.

The Tokiwaso Manga Museum stands in the ward-managed Minami Nagasaki Hanasaki Koen park about 300 meters west of the original site.

To re-create the now-defunct structure, local residents and manga artists who lived in the apartment building got together to provide their recollections of its interior and exterior details to help reproduce samples of the walls, tiles and other materials.

Even the stairs to the second floor make the same creaking sounds just as the ones in the original structure did.

The framework of Tokiwaso was completed on Dec. 6, 1952. The two-story, mortared wooden building had no baths, only shared toilets and a kitchen. There were nine rooms measuring four and a half tatami mats on the second floor.

Yamauchi lived in Tokiwaso for about two years from 1960. Other tenants at the time included Akatsuka and Shotaro Ishinomori.

"The toilet in which I couldn't stay inside even for five minutes during hot seasons because the extraordinary stench stung my eyes," Yamauchi recalled. "The kitchen in which Akatsuka and others bathed in instead of going to the public bath. All these things are nostalgic to me now.

"We communicated with publishers by telegraph because we had no phones. Some editors would even visit us at 2 a.m. It was a crazy time."

Yamauchi said he was a big fan of Tezuka when he was in junior high school. When he sent the "god of manga" fan letters, he would receive handwritten replies from Tezuka himself even though he had forgotten about sending the letters.

The manga great's reply was always rubber-stamped with the face of Atom, one of his iconic characters.

Yamauchi, a Miyagi Prefecture native, aspired to become a manga artist before coming to Tokyo and moving into Tokiwaso.

In addition to Yamauchi's, the rooms of two living manga authors have been re-created at the museum, including Hideko Mizuno and Tokuo Yokota.

The museum was initially scheduled to open to the public in late March, but the opening had been postponed due to the new coronavirus pandemic.

Visitors can dress up like manga artists by putting on a "hanten" short winter coat and gain hands-on experience creating cartoons, but these activities have been suspended for the time being, officials said.

Admission is free, but advance reservations are necessary. For more information, visit the official website at (https://tokiwasomm.jp/en/).