All U.S. military personnel must now take a PCR test on arrival 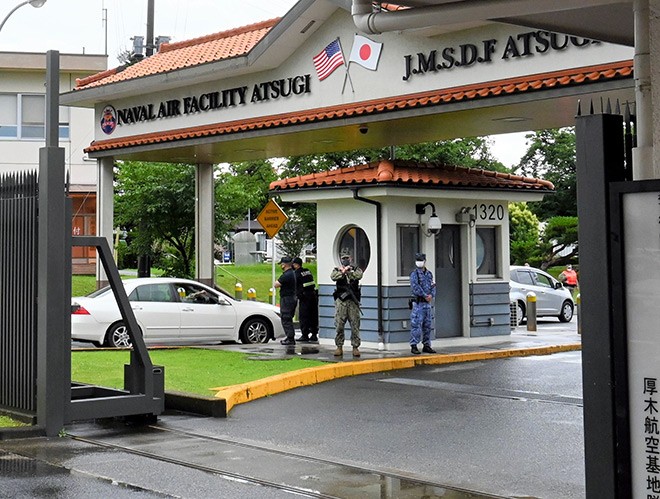 All U.S. military personnel entering Japan will soon be obliged to take a polymerase chain reaction (PCR) test upon arrival, a protocol required of other travelers since the outbreak of the novel coronavirus pandemic.

A recent spate of cluster infections at U.S. bases, particularly in Okinawa Prefecture, prompted the Japanese government to demand that U.S. military authorities take stronger measures to thwart the spread of COVID-19 infections.

Defense Minister Taro Kono said at a July 17 news conference that the Japanese government is negotiating with U.S. authorities to implement mandatory testing for all military personnel when they depart from the United States and arrive in Japan.

Currently, the United States is on a lengthy list of countries for which travel into Japan remains restricted.

But military personnel were exempted because of the Japan-U.S. Status of Forces Agreement.

They are required to self-isolate for two weeks prior to departure and after entry into Japan.

They also take a PCR test at the airport when they arrive on a commercial fight, a procedure required of every traveler because of the pandemic.

But when they arrive by military aircraft and land at a U.S. military facility, they do not have to take a test. Kono wants to close that loophole.

“I assume there are cases in which military personnel were infected with the virus but did not develop any symptoms during the two weeks and decided to travel,” Kono said. “It is important to eliminate people with no symptoms by conducting PCR tests.”

A spike in cases of Okinawa led prefectural authorities to offer to conduct PCR tests on employees at U.S. bases for free, even if they show no symptoms.

In excess of 4,000 civilian employees work at four U.S. bases in the prefecture, at which more than 130 military personnel have tested positive for COVID-19 to date.

The prefectural government, along with the Defense Ministry, has started drawing up a list of civilian employees who need to take a test.

The prefectural government also plans to open a specimen collection center in the central part of the main Okinawa island, where many bases are located, on Aug. 3.

Records show that 8,936 civilian employees worked at U.S. bases in the prefecture as of the end of March 2019.

At the four bases where many COVID-19 cases have been confirmed since July 7, a total of 4,508 civilian employees are working, the prefectural government said.

These employees have what is called “indirect hire” status, which means they are hired by the Defense Ministry yet work under the direction of the U.S. military.

“As their employer, the central government is the one who should carry the ball and conduct testing,” a prefectural official griped.

In the absence of any initiative from the Defense Ministry, the prefectural government demanded the ministry help draw up the list.

The All Japan Garrison Forces Labor Union also demanded the Defense Ministry to conduct PCR testing in response to concerns expressed by employees.

The prefectural government on July 17 announced that two U.S. Marine Corps members tested positive at Futenma air station in Ginowan and one at Camp Hansen.

The number of COVID-19 cases among U.S. military personnel has reached 137 since July 7.

Infected personnel at the U.S. Kadena Air Base, whom the U.S. military revealed on July 14, turned out to be living off-base. The personnel are currently quarantined inside the military facility, the prefectural government said.

(This article was compiled from reports by Daizo Teramoto, Shinichi Fujiwara and Mika Kuniyoshi.)