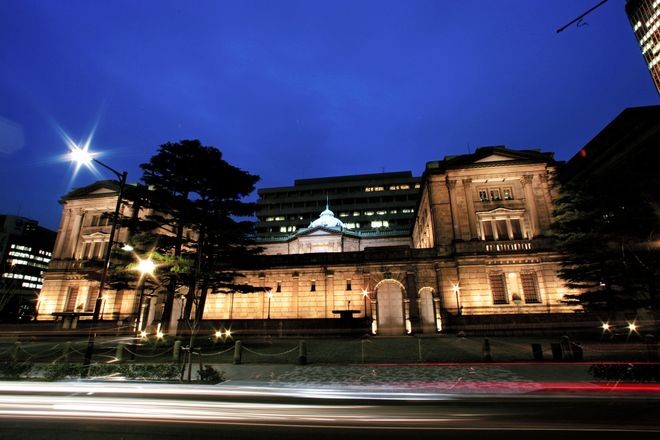 The new coronavirus pandemic will continue stifling the economy, at least for the time being.

The policy efforts to mitigate the economic damage of this public health calamity that have been made so far should be evaluated for their effectiveness to prepare the nation for the next phase.

The Bank of Japan’s latest report on the health of the Japanese economy, “Outlook for Economic Activity and Prices,” published in July, portrays an economy “in an extremely severe situation.”

The central bank predicts the Japanese economy will contract by around 5 percent this year in real terms.

The BOJ says the economy “is likely to improve gradually from the second half of this year,” but only on the assumption that “a second wave of COVID-19 will not occur on a large scale.”

The outbreak subsided temporarily in Japan over a period from the end of May to June, allowing consumer spending to pick up to a certain extent. The household activity index in the government’s "economy watchers survey,” a monthly survey of workers in industries sensitive to economic trends, such as taxi drivers and restaurant staff, rebounded in June to levels in January.

But the number of newly confirmed COVID-19 cases started rising again in July, threatening to pour cold water on recovery hopes. A growing number of hospitality businesses such as restaurants and hotels could find it difficult to stay above water.

Demand for Japanese exports will be heavily dependent on how the pandemic will be affecting the economies of Japan’s key trading partners. By and large, the economy will continue struggling to regain a firm footing even if it manages to avoid sinking like a rock.

To put the economy on a solid recovery path, it is vital to prevent a massive second wave of new cases and minimize the economic impact of any new outbreak.

If hasty and premature moves to reopen the economy lead to a rapid expansion of infections, both consumption and investments would tank, impeding the process of economic recovery.

The government should try to whip the economy back into motion while taking effective measures to prevent the spread of the virus, such as making diagnostic tests for the coronavirus more widely available and reinforcing the capabilities of the medical system to deal with COVID-19 cases.

The effectiveness of the government’s measures to revive the economy should also be subject to a rigorous and objective assessment as that of its policy efforts to contain the virus.

In addition to the huge dose of fiscal stimulus provided by the government, the BOJ has taken extraordinary measures for monetary expansion.

These measures include support for corporate financing, limitless supplies of yen and dollars and aggressive purchases of exchange-traded funds (ETFs), or investment funds that are traded on stock exchanges, and bolstering its basket of securities.

Among these three key features of its monetary expansion strategy, the BOJ has started slowing the pace of the second and the third as financial markets have regained stability. But the current situation leaves little room for the BOJ to backpedal on its plan to save the sinking economic ship and requires the central bank to maintain the basic framework for aggressive monetary expansion.

Both the government and the BOJ need to measure the benefits and costs of their responses to the crisis so far. Since this is an unprecedented situation, they should seek the help of academics and experts to glean the necessary lessons.

The principal goal policymakers should keep in mind in deciding whether additional measures should be taken is to prevent the collapse of employment and income.

It is also crucial to ensure that the economic strain will not be concentrated on people in weak positions, such as nonregular workers.

As the initial shock has worn off, some notable moves have emerged to anticipate upcoming radical changes in the industrial structure, such as a shift from a face-to-face economy toward a highly digitized one.

As the light at the end of the tunnel becomes visible, the focus of policy efforts should shift to reducing the costs of social and economic transformation and nurturing seeds of positive change.

Government and BOJ policymakers will face a tough test of their policymaking abilities as they will be required to take quick and effective actions to tackle these two widely different sets of challenges that demand different approaches.