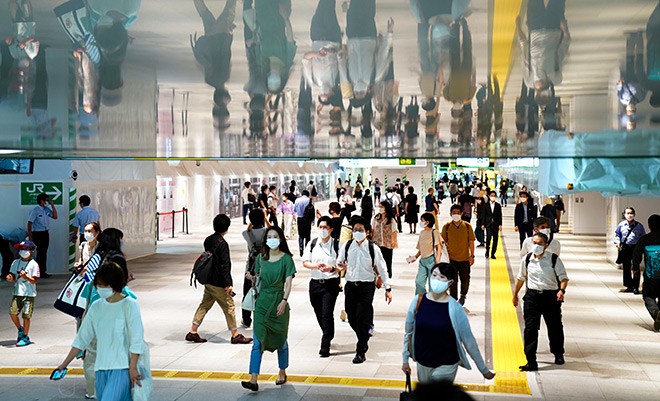 A new underground walkway that directly links JR Shinjuku Station’s east and west gates opened on July 19, shaving two minutes off the time to walk between them.

Pedestrians previously had to go through JR train ticket gates to commute between the two major gates of the mega station, which is used by more than 3.5 million people a day.

The walkway opens in the morning when the first train starts running and closes after the final train of the day.

Trains operated by JR East occupy most of the Shinjuku transportation hub, where many private railways and subways also stop.

Busy shopping and entertainment areas such as Kabukicho are on the side of the station’s east gate, while high-rise office buildings, including the Tokyo metropolitan government buildings and major hotels, are on the west side.

Before the walkway opened, the shortest route between the east and west gates was about 250 meters.

Using the new walkway, which is about 100 meters, pedestrians are expected to save two minutes.

Along the walkway, JR has installed new east and west ticket gates.

Passengers of the Odakyu Line and Keio Line, both located on the west gate side, formerly used a connecting gate to walk through the JR station and reach the east gate side, but they can no longer use the route.