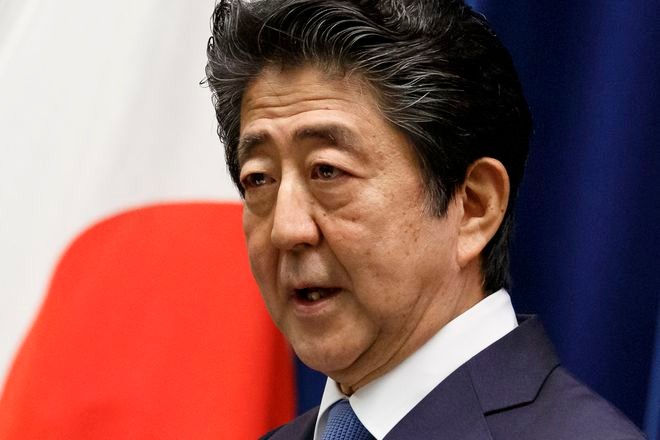 Japan’s moves to acquire the military ability to strike enemy bases could violate its long-established principle of adhering to a strictly defensive security policy, destabilize the region and trigger a regional arms race.

Security policy debate on the issue should be tethered firmly to constitutional principles and strategic realities.

The government and the ruling Liberal Democratic Party have started discussions on the proposal that the nation should have “the ability to strike enemy bases,” such as missile launch sites.

Policymakers point out the need to plug the hole in Japan’s defense system left by the recent sudden decision to scuttle plans to deploy Aegis Ashore land-based missile defense systems.

The LDP called on the government several times in the past to consider arming the Self-Defense Forces with the capability to strike military targets within enemy territory. But the government has repeatedly struck down the idea.

But Prime Minister Shinzo Abe is wading into this dangerous territory. In a news conference in June, Abe said, “The government is ready to start a new debate (on this issue).”

Abe may be trying to turn the Aegis Ashore debacle into an opportunity to make a fresh push to achieve the party’s long-standing security policy ambition.

The government touted the Aegis Ashore program, claiming two land-based missile defense batteries, one for eastern and the other for western Japan, would shield the nation from missile attacks 24 hours a day, 365 days a year.

But experts questioned the cost-effectiveness of the system. The government is now launching a debate on Japan’s acquisition of base strike capabilities without examining the factors that forced it to abandon the Aegis Ashore plan or laying out a clear vision for the nation’s missile defense.

The move represents a dangerous leap in logic and reckless shift in the defense strategy.

The Cabinet of Prime Minister Ichiro Hatoyama set the government’s basic stance toward this issue when it argued in 1956 that it was difficult to assume that the pacifist Constitution required Japan to “do nothing and wait for death to come” when it was under attack without staging any counterattack.

The Hatoyama Cabinet said striking the enemy’s missile bases that are about to launch attacks against Japan should be deemed as anticipatory self-defense if “there are no other means” to defend the nation from the imminent attacks. The successive governments have stuck to this position.

But this argument is a purely legal one. It cannot be safely said that there are no other means to defend Japan from missile attacks given the traditional division of roles between Japan and the United States under the bilateral security treaty.

The SDF is supposed to perform the role of “shield” under Japan’s strictly defensive security policy while the U.S. forces are to act as the “spear” to strike enemy targets.

Constitutionally, Japanese military operations to destroy enemy bases are allowed only after the enemy started preparations to attack Japan. In reality, it is almost impossible to confirm this. Any misjudgment could lead to a pre-emptive strike that violates international law.

It is extremely difficult even for the U.S. and South Korean forces working together to pin down the missiles North Korea is preparing to fire. Failing to strike all the targets in North Korea would invite the country’s missile counter strikes with devastating consequences.

Japan’s capabilities to strike bases in North Korea would not eliminate the security threat posed by the country’s missiles.

Some LDP lawmakers have proposed using the term “self-defensive counterattack capabilities” rather than “enemy base strike capabilities.” They are apparently betting that it would be easier to win public support for this policy shift if it is sold as being in line with Japan’s strictly defensive security policy through the softening of the phrase to stress it is for “self-defense” and “counterattack.”

This tactic should be billed as a cheap trick to obscure the real nature of the matter.

The government plans to decide on the future of Japan’s missile defense at the National Security Council as early as September.

The proposal to give the SDF the ability to strike enemy bases could radically alter the nation’s defense policy. Any rush to embrace this approach without careful and meticulous debate would only plant the seeds of serious future problems.