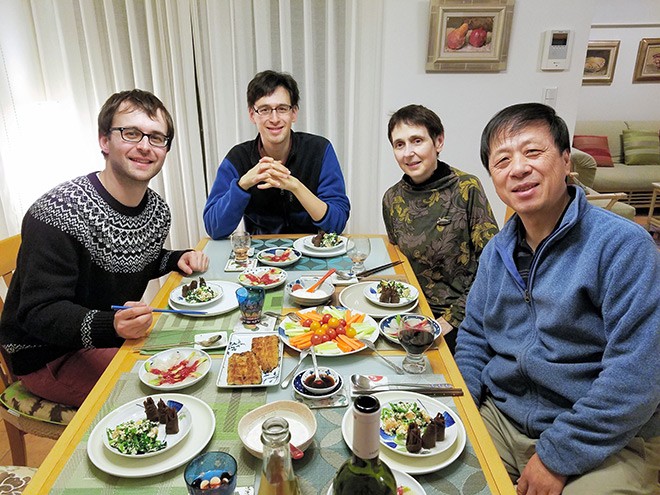 Despite her repeated pleas, a German woman remained stuck in Kyushu while her father was dying in her home country.

Even after he died at the age of 76 on June 3, his 44-year-old daughter didn’t dare leave Japan to attend his funeral.

“I had to give up on the idea of going to Germany after considering the risk of not being able to return to Japan,” she said.

The government’s policy of banning entry to nationals of 129 nations and regions to prevent novel coronavirus infections has been blasted as discriminatory by international groups and foreign residents in the country.

Under the rules, foreign nationals living in Japan, including those with permanent resident status, are banned from re-entering the country even if they have families, homes and jobs here.

Japanese nationals, however, are not subject to this ban.

Japan is the only Group of 7 nation that bans entry for those with permanent resident status.

Although the government has made exceptions for humanitarian cases, the move came too late for the German woman.

In late May, she learned that the health of her father, who had a pre-existing condition, had suddenly turned for the worse.

She contacted the German Embassy in Tokyo a number of times about the travel restrictions but was told that if she left Japan she would not be allowed to return. She finally gave up on the idea of flying to Germany after consulting with her family.

The woman used a videoconference system to take part in the funeral but the camera angle did not allow her to catch a final glimpse of her father.

Her 48-year-old husband teaches at a university and they have two sons. They have been living in Japan for two years now.

The woman now wants to take care of her mother in Germany who not only has diabetes but has also suffered psychological stress over the death of her husband.

The daughter said she would gladly comply with the 14-day self-quarantine measure that is in place for returning Japanese nationals.

“Why is there a difference even though I also reside in Japan?” she asked.

The Immigration Services Agency on June 12 released three cases in which foreigners would be allowed to re-enter Japan after returning to their native lands: visiting family members in critical condition or attending the funeral of a family member; undergoing surgery or giving birth; and following orders to appear in court overseas.

Agency officials said each case is reviewed separately. They also declined to divulge the number of foreigners who have been allowed to re-enter Japan.

Catherine Ancelot, 62, who is originally from France but now lives in Japan with permanent resident status, has also refrained from leaving the country over concerns she will not be let back in.

“The existence of foreigners living in Japan has simply been ignored,” she said.

She has been living in Tokyo’s Nerima Ward for 32 years and is an acclaimed translator of Japanese literature into her native French, having published translations of Ryunosuke Akutagawa (1892-1927), among others.

Ancelot’s 31-year-old pianist son also has permanent resident status while holding a French passport. He now works out of France although he grew up in Nerima.

The government measure means the son cannot freely re-enter Japan whenever he wants to see his family, while Ancelot would not be allowed into Japan if she were to visit France to see her family and friends.

“I believe I have contributed to Japan by spreading Japanese literature abroad,” she said. “But now I feel like I have been cut off. I guess permanent residents will always only be second-class citizens.”

According to the agency, 480 foreigners were denied re-entry between April 3 and July 19 and told to return to where they had traveled from. A total of 61,259 foreigners have been allowed into Japan during that same period, but almost all were commercial airline flight crew members or diplomats.

Various educational and business groups have called on the Japanese government to lift its re-entry ban on foreigners with permanent resident status.

At a July 15 videoconference held by the European Association of Japanese Studies, President Andrej Bekes expressed deep concerns about the discriminatory manner in which foreign nationals were being treated in Japan. He added that 24 scholars belonging to the association have been denied re-entry into the country.

At Hiroshima University, 88 foreign students and two teachers were denied re-entry after returning to their native lands for spring vacation.

Carolin Funck, a university vice president, said the government measure that differentiates by citizenship was “outdated.”

Atsushi Kondo, a constitutional law professor at Meijo University in Nagoya, said the government measure was “discriminatory,” although it was unclear if it violated any international covenants on human rights.

“When humanitarian factors come into play, a more flexible approach regardless of citizenship should be used,” Kondo said. “To avoid having Japan considered discriminatory by other nations, there is a need for more rational and clear standards and reasons for the decisions made about re-entry.”