Koike to Tokyo residents: Act as if second wave of COVID-19 is here 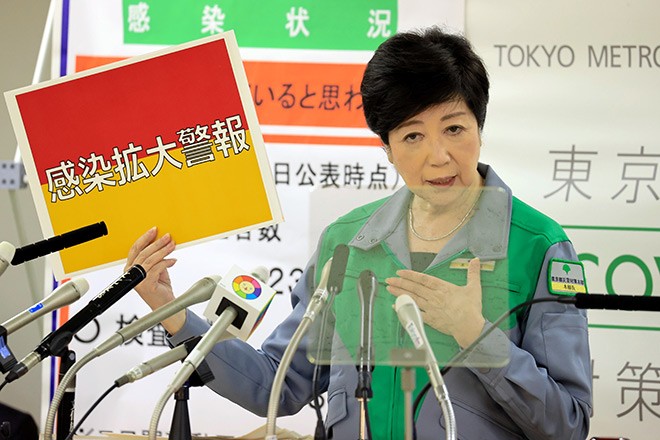 On the eve of a national four-day weekend, Tokyo Governor Yuriko Koike is asking local residents to imagine they were facing a second wave of COVID-19 infections.

At a news conference on July 22, Koike urged residents to refrain from nonessential outings.

“If you do leave your home, I hope you will take every step possible to prevent a further spread of infections,” she said.

Tokyo reported 238 new COVID-19 infections on July 22 and with nine days still left in the month, the monthly tally exceeded the 3,748 in April, which was the record monthly total until now.

Koike added that the situation in Tokyo called for residents to be highly aware that infections continue to spread and that there was a need for increased vigilance to prevent further infections.

Regarding the request to refrain from nonessential outings, Koike noted that senior citizens and those with pre-existing conditions should be especially careful since they are most at risk of developing serious symptoms if they contract COVID-19.

“Among younger people, many have no or very light symptoms, so there is the possibility that they are spreading infections even while being unaware they are infected,” she said. “I hope they will act while being sufficiently careful and keeping the feeling that they might already be infected.”

The Tokyo metropolitan government held a meeting earlier on July 22 of its panel of experts monitoring the spread of COVID-19 as well as the medical care structure in the capital.

The panel agreed to maintain the alert levels from the previous week. The situation regarding infections remained at the highest level four, meaning that infections were spreading.