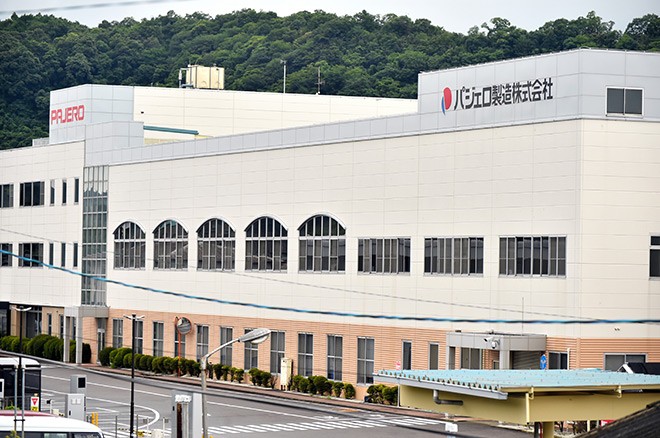 Mitsubishi Motors Corp. on July 27 forecast a 360 billion yen ($3.41 billion yen) loss for fiscal 2020 due to the crippling impact of the novel coronavirus on sales.

The automaker said it will close a manufacturing plant in Gifu Prefecture operated by subsidiary Pajero Manufacturing Co. by the end of September 2021 as part of restructuring measures.

Mitsubishi Motors disclosed the plan to shut the plant during a teleconference with media to announce its fiscal 2020-2022 midterm management plan.

In the April-June quarter, sales plummeted 57.2 percent year-on-year to 229.5 billion yen, the automaker said, with operating profits logging a deficit of 53.3 billion yen. In the same quarter last year, the company reported a profit of 3.8 billion yen.

The company said it declared an impairment loss of 107.4 billion yen by lowering the value of production equipment on the books.

It reported a 176.1 billion yen loss in net income for the quarter. Last year in the same period it logged a 9.3 billion yen profit.

The automaker forecast its sales will fall by 34.8 percent year-on-year to 1.48 trillion yen in fiscal 2020 and that its net income will incur a deficit of 360 billion yen.

A drop that size would be Mitsubishi Motors' second worst deficit, followed by 474.7 billion yen in fiscal 2004 when its failure to report recalls jolted the company.

“We calculated it on the assumption that the market will have recovered in and after the next fiscal year, but we just don’t know what will happen in the future,” Takao Kato, Mitsubishi Motors' CEO, said at the news conference.

In fiscal 2019, the company's net income recorded a deficit of 25.7 billion yen.

In response to the blow to first-quarter profits, the company aims to revive business performance by concentrating management resources in Southeast Asia where it has advantages.

In the midterm management plan, the auto manufacturer set a goal to reduce its fixed costs by more than 20 percent.

Mitsubishi Motors also announced plans to pull back in Europe, and will phase out sales of new car models that fail to meet stricter environmental regulations and provide only service for existing models in that market.

Staff will also be reduced by offering early retirement and curbing new recruitment, the company said.

The automaker said it will cut labor costs by 15 percent, including the salaries of administrative staff working in general affairs, public relations and other divisions. But it did not disclose how many employees will be let go.

Mitsubishi Motors also said it intends to focus its energies on Southeast Asia and provide a wider range of popular models of SUVs, plug-in hybrids and electric cars.

Through those measures, the company said it aims to achieve a main business operating profit of 50 billion yen in fiscal 2022.

(This article was written by Takehiro Tomoda and Chihaya Inagaki.)