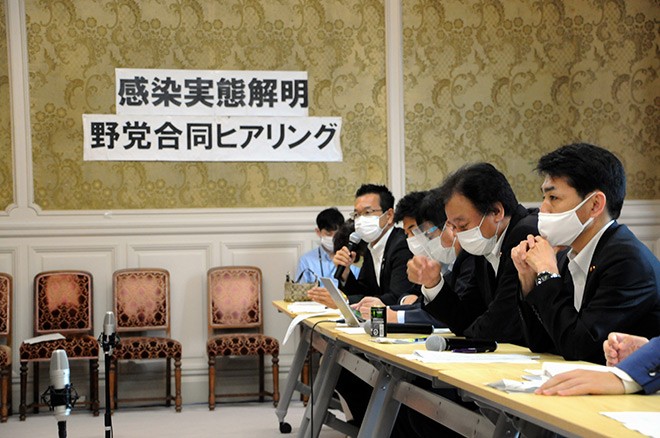 The latest phase of the government’s long-derided “Abenomask” distribution program has been abandoned.

Health ministry officials on July 30 confirmed they had dropped the plan to distribute about 80 million cloth face masks to care facilities around Japan for protection against novel coronavirus infections.

Deliveries were to have started that day.

But like Phase 1 of the program, the washable cloth masks, nicknamed Abenomasks by the public after the prime minister, came under heavy criticism as unnecessary and a waste of taxpayer money.

“A major precondition is to determine the needs of the facilities that would receive the face masks,” a ministry official said in the Diet. “We will consider our future direction after looking at the results of our questioning of facility officials.”

The government on June 20 ended its distribution of two face masks to each household. That earlier program, intended to address the severe mask shortage in the country, required about 130 million masks and spending of about 26 billion yen ($249 million).

The masks were criticized as too small and uncomfortable. Some were delivered after households already had enough face masks.

After plans were announced to send the 80 million additional masks to employees of elderly care facilities, day care centers and kindergartens, many of the would-be recipients said the masks were not needed because stores now have ample supplies.

The additional masks were to come on top of the 60 million or so distributed to the facilities from late March.

The total cost of that program was estimated at about 24.7 billion yen.

Opposition lawmakers who had long criticized the plan as a waste of money questioned health ministry officials in the Diet.

The lawmakers also learned that an order for about 58 million masks had been made on June 22, when the shortage of face masks around Japan had all but ended.

Opposition members began look into the distribution of the 80 million additional masks after some facility officials said they did not want or need them.

Chief Cabinet Secretary Yoshihide Suga on July 30 said one option for the government concerning the 80 million or so face masks is to store them for future emergencies.

(This article was written by Eiji Zakoda and Kei Fujiyama.)