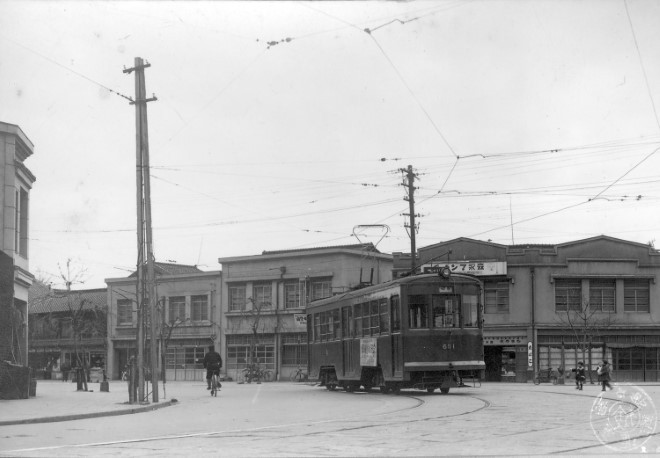 HIROSHIMA--Tetsuko Shakuda was a frightened 14-year-old when she resumed her work as a conductor on a tram line in the devastated city of Hiroshima, just three days after the atomic bomb exploded 75 years ago, badly damaging the tracks and most of the trams.

Shakuda was one of a group of young women trained for such work as the war intensified and growing numbers of male workers were drafted to fight.

The bomb that exploded on Aug. 6, 1945, changed everything. As that first tram on Aug. 9 moved through Hiroshima, it passed huge piles of rubble and decomposing bodies.

“Many different kinds of people, including the injured, were pushing to get onto the train,” Shakuda, 89, said in an interview with The Associated Press. “I remember thinking ‘wow’ about everything I saw.”

She recalls the time as the most harrowing of her life.

“The ceiling of the tram was black with swarms of packed flies,” Shakuda wrote in a memoir. “They buzzed around loudly. It felt creepy to think that these same flies had been eating those who died from the atomic bombing.”

Fares were free after the bombing, and survivors saw the train as a symbol of hope and continuity amid the devastation. Shakuda considered her work on the tram part of a vital wartime mission for her country.

Her path to that work began when, hoping to become a teacher, Shakuda entered a home economics school for girls established by the Hiroshima Electric Railway Co. in April 1945. It was supposed to teach girls sewing and teaching. Instead, they learned how to work on city trains.

As battles with the United States got closer to mainland Japan, food was scarce, and Shakuda recalls working on the trams while exhausted and desperately hungry, struggling to stay awake.

When the atomic bomb destroyed most of Hiroshima, 185 employees and students who worked for the Hiroshima Electric Railway died and 266 were injured. Tracks were severely damaged by debris. Of the 123 trams, only three were operable.

Shakuda was having breakfast in her dorm’s cafeteria, just over 2 kilometers from the epicenter, when a bright flash filled the sky. She crouched, thinking the ceiling was falling. Silence followed, then waves of dust. Classmates started crying out, “Mom, help me!” The survivors crawled out of the cafeteria.

“People’s clothes were falling apart and their skin was drooping,” Shakuda told AP.

She survived without any injuries--one of the few. Over the following days, she helped nurse others. But with no medication, supplies or doctors, all she could do was weep as she picked maggots off gaping wounds using chopsticks.

Despite the damage, surviving train employees, residents and soldiers began rebuilding the tracks.

Yuta Azumi, from the train planning division of Hiroshima Electric Railway, said the city’s power plant was also bombed after the atomic attack. But officials managed to pull electrical lines from another power plant to run the trains.

After Japan surrendered on Aug. 15, Shakuda left her work on the trams and returned to her home in Kumano. “The only memories I have of that time are all painful,” she said.

The role she and others played is now commemorated by Hiroshima Electric Railway and RCC Broadcasting Co., which have set up a train from 1942--Tram 653--to show people the recovery efforts after the bombing.

Because of the coronavirus pandemic, no passengers are allowed on the train this year, but operators will make special runs of the train on Thursday, the anniversary of the Hiroshima bombing, and on Sunday to mark the day Nagasaki was bombed.