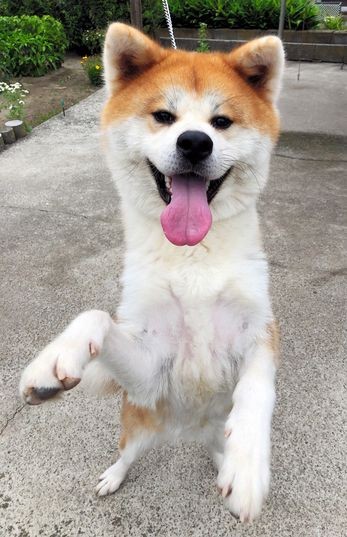 Kids who have dogs as pets are happier than those who don't and those who have cats, according to analysis of results of surveys of children in 2,600 Tokyo households when they were at ages 10 and 12.

Children who have dogs also get along with other people better, according to the study by a team of researchers from institutions including Azabu University and the Tokyo Metropolitan Institute of Medical Science.

Though spending time with pets has often been said to make people feel better about their lives, the detailed mechanisms of why that happens are still unknown.

Past studies show one reason why staring at dogs makes many relax is that it prompts humans to secrete a hormone called oxytocin, which makes people feel more sociable.

“The advantage of living with dogs is that those who do so seem to learn how to communicate better with other people,” said team member Kazutaka Mogi, a professor at Azabu University, who studies companion animals.

The scientists applied the results of a periodic survey conducted by three organizations, including the University of Tokyo, from fiscal 2012 to study measures to support teenagers in the process of their growth.

The surveys between fiscal 2012 and 2014 randomly selected households with 10-year-olds in the capital's Setagaya Ward and the cities of Chofu and Mitaka and included a questionnaire and interview about the children's home environments.

It was conducted based on the World Health Organization’s recommended criteria for assessing the mental well-being, or happiness, of children, using six scales to determine whether the kids were in a good mood and how well they were sleeping over a two-week period.

After screening, nearly 2,600 households were selected and categorized into three groups: families with no dogs or cats; ones that had dogs; and ones with cats. As few households owned both dogs and cats, they were removed from analysis to ensure statistical accuracy.

The researchers also evaluated the results of happiness assessment by converting them into points for comparison.

They compared the evaluation results with those from the surveys conducted on the same subjects from fiscal 2014 to 2016 when the children turned 12.

The results stayed the same regardless of differences in the children’s genders and their parents’ ages and incomes, or whether they had siblings, the scientists said.

Mogi, who noted that dogs were the first animal species to become domesticated as pets, said the study reveals how their role is evolving.

“Humans continued keeping canines even after they no longer play such roles as protecting owners from enemies and assisting them with hunting,” he said. “The latest study results show one aspect of the animal’s effects these days.”

Readers can view the team’s findings, which were published in the online European magazine International Journal of Environmental Research and Public Health, at (https://www.mdpi.com/1660-4601/17/3/884).