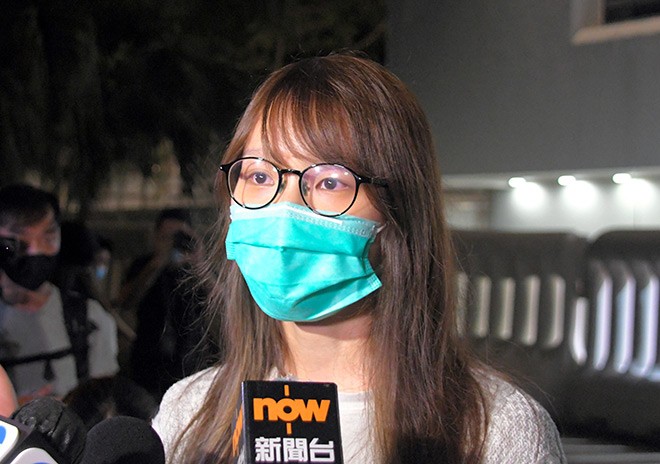 Posts in Japan protesting the arrest of prominent Hong Kong pro-democracy activist Agnes Chow soared on Twitter from midnight on Aug. 10 through Aug. 11.

Nathan Law, 27, one of the students who led the Umbrella Movement in 2014 along with Chow to call for greater democracy in Hong Kong, posted a message of support for her in Japanese on his Twitter account in the early hours of Aug. 11.

“She is innocent, but she could be sentenced to life in prison. She needs support by people in Japan,” Law said in the post that had been retweeted more than 60,000 times by the evening of Aug. 11.

Law also tweeted a message with the hashtag “FreeAgnes” following his first tweet. Tweets bearing the hashtag went viral, particularly in Japan, with more than 290,000 messages posted under it.

Chow, who was released on bail late at night on Aug. 11, expressed gratitude for the widespread support she received in Japan on social media.

She said the lyrics of the hit song “Fukyowaon” (Discord), by popular Japanese all-female idol group Keyakizaka 46, came to her mind while she was detained. The song is about having the strong determination to stick to one’s beliefs and resist pressure from others to give in.

(This article was written by Chihiro Ara and Mikiharu Sugiura.)