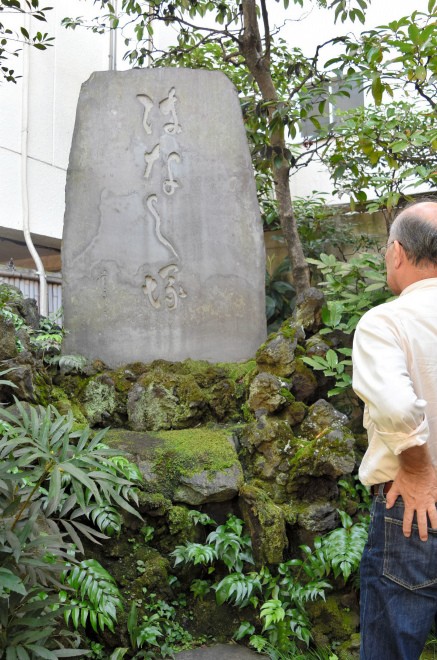 The sassy wit and folksy humor that characterize the traditional Japanese storytelling art of "rakugo" were nowhere to be found in any of the numbers that were performed in vaudeville houses toward the end of World War II.

The tales essentially glorified the feats of the imperial Japanese armed forces against the Allies, and whatever puns that were meant to elicit laughter were actually so contrived that they made one cringe.

Collectively referred to as "kokusaku rakugo" (literally, national policy rakugo), they were penned by rakugo artists of the time at the behest of the military, whose control over the nation was growing unchecked.

One of the tales went by the title of "Shussei Iwai" (Celebrating soldiers departing to the front). Other titles--to cite a few--included "Boku Enshu" (Air-raid drill) and "Shimero Jugo" (Beef up the home front).

Shin Kashiwagi, 72, author of "Kokusaku Rakugo wa Koshite Tsukurare Kieta" (This was how kokusaku rakugo came into being and then disappeared), has researched the history of this genre in great detail.

"These tales served as a tool of thought control by the wartime government," Kashiwagi explained. "The military capitalized on the mass appeal of rakugo, and the rakugo community cooperated without being asked."

But the result earned the collective thumbs-down of rakugo fans, which was only to be expected. The pieces were entirely lacking in the free-and-easy spirit of rakugo proper, which takes the form of the common folk deriding authority.

However, the rakugo artists' guild went ahead and voluntarily refrained from performing 53 classic numbers, including "Takao" and "Kowakare," effectively condemning them as "kin-en rakugo" (banned rakugo).

At Honpoji temple in Tokyo's Asakusa district, there is a stone monument called Hanashizuka, erected by rakugo artists in 1941.

Buried there are the texts of the banned tales and hand-held fans used by the artists as stage props.

On a recent visit to the temple, I saw the following inscription on the monument: "Mourning the buried masterpieces." I could imagine the bitter regret of the rakugo artists who had no choice but to obey the powers that be.

Today marks the 75th anniversary of the end of World War II.

National leaders craftily apply pressure on the people by "asking" for their cooperation, and the people become trapped, slowly but inexorably, in the chain reaction of "voluntary compliance."

And it doesn't only have to do with rakugo. We must renew our resolve to never repeat the folly of letting our nation's education, culture and even the media from becoming swallowed up in a giant wave called "national unity."