Seven-Eleven’s ‘thank you’ alert born out of staff misbehavior 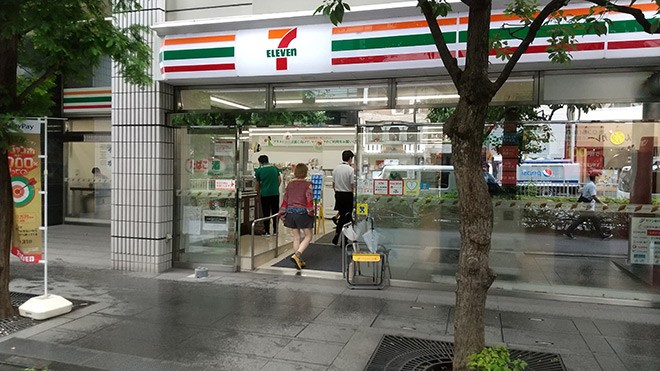 Employees at some Seven-Eleven stores have been collecting the points awarded to customers for making purchases, forcing the major convenience store chain to institute a safeguard at time of purchase.

Cash registers at Seven-Eleven stores have started making an automated voice announcement every time a customer shows a company app to collect points based on the purchased amount.

“Thank you for using an app,” it says.

Seven-Eleven Japan Co. on Aug. 17 implemented the new system not to express appreciation but to prevent misconduct among store employees.

The alert was born out of an incident that occurred in Tokyo’s Minato Ward on the evening of June 27.

A man purchased three items including a bottled coffee at a Seven-Eleven store in the Toranomon area.

A male staffer at the cash register took out a mobile phone from under the counter and scanned the screen with a bar-code reader. Then the employee scanned the items the customer was purchasing.

The customer thought something was odd. He asked the staffer for a receipt, which he usually declined to receive.

The customer had never signed up for a Seven-Eleven membership.

“What is this?” he asked the employee. The staffer did not provide him with a clear answer.

“This guy is playing dumb,” the customer thought. He told the staffer before leaving the store, “OK, I will ask at the company headquarters.”

According to Seven-Eleven Japan, the staff member had used his own personal mobile phone that had a “Seven Mile Program” app downloaded on it.

Customers can exchange these miles for store items and other products.

The employee at the store in Toranomon had the customer's 484-yen purchase applied to his own account. The staffer illegally earned 2 miles by the act, the company said.

“Obtaining miles through someone else’s purchase is an illegal act,” a company representative said.

The company did not find that the employee had committed other illegal acts. Nonetheless, the store owner dismissed the staffer involved.

The company sent a letter to about 21,000 Seven-Eleven stores nationwide as of July 1, warning of such activity.

The company conducted a nationwide investigation and found that five other employees had committed a similar action.

The company revamped its cash register system on Aug. 17, hoping the new voice message would stop store staff from taking advantage of customers.

The Seven-Eleven app was first introduced in 2018. As part of a promotion to utilize the app, the company upgraded its cash register system to play an automated voice message that says, “If you have an app, please show the bar-code.”

Due to the dishonest employees, the message was scrapped within a month.

“We have decided to not focus on promoting the use of the app but on preventing illegal acts of employees,” the company representative said.