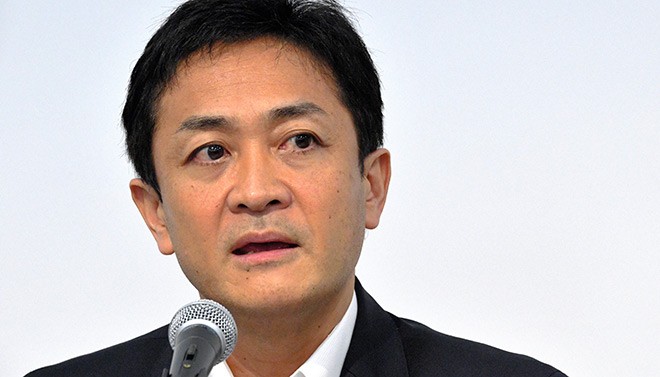 Japan’s two largest opposition parties are on the verge of merging, in a bid to challenge the ruling Liberal Democratic Party in the next Lower House election.

Other independent lawmakers are also signaling that they plan to join the new party. One CDP executive said the new group would have about 150 members. That is about the same number the former Democratic Party had three years ago, before it fractured into smaller parties.

But it is not yet clear if the new party will fly with voters. The various component parties still lag far behind the LDP in their support ratings.

Younger DPP members, dissatisfied that party leader Yuichiro Tamaki has so far failed to turn around the party’s fortunes, had made a forceful push for the parties to merge. In the July 2019 Upper House election, the DPP won only six seats--down from the original eight contested seats it had held.

The DPP’s support ratings have also consistently trailed the other opposition parties, including the Japanese Communist Party.

With the term of Lower House members set to expire in October 2021, lawmakers who want to keep their seats have come to view the CDP as the main pillar of the opposition and most capable of gaining wider support among voters.

Only two DPP lawmakers had opposed the proposal to merge with the CDP.

But despite the merger’s popularity within his own party, Tamaki told reporters after the party meeting that he will not join the new party.

The CDP first proposed a merger with the DPP to create a larger opposition party in December 2019. The two parties had already formed a unified voting bloc in the Diet, but policy differences proved to be a major hurdle to a merger.

DPP lawmakers found their decision became much easier after the CDP accepted several proposals made by Tamaki. Those included choosing a new party name through a vote by lawmakers and having the merger be an equal one, with both parties first disbanding and then merging into a single party.

Tamaki had suggested at first an alternative merger plan, but it was retracted amid widespread opposition.

Tamaki disagrees with the CDP on policy over the consumption tax and constitutional revision. He indicated he would form a separate party once the DPP merges with the CDP.

But because of the overwhelming approval given to the merger proposal at the Aug. 19 DPP meeting, Tamaki’s new party may only start with a small handful of members, likely in the single digits.

The new party to be established from the merger will have about 100 lawmakers who will form the core group for contesting the next Lower House election, with the goal of wresting control of the government from the LDP.

In the 2009 Lower House election, when the then Democratic Party of Japan beat the LDP, it had 115 seats before the vote.

Similarly, in the 2012 Lower House election when the LDP won overwhelmingly to bring Shinzo Abe back as prime minister, it had 118 seats before the vote.

The new party is expected to be formally established in early September and will most likely adopt a much more confrontational stance toward the Abe administration.

(This article was compiled from reports by Ryuichi Yamashita, Hiroki Koizumi and Maho Yoshikawa.)