Shiori Ito sues LDP lawmaker over her use of ‘likes’ 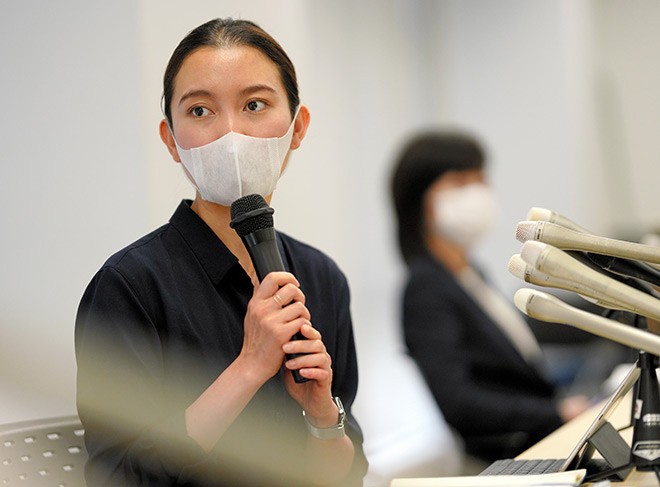 Journalist Shiori Ito is suing a lawmaker from the ruling Liberal Democratic Party for "liking" a number of Twitter posts that she said smeared her reputation after she went public with her rape accusation.

Ito, 31, who has become the face of Japan’s #MeToo movement, filed a libel lawsuit at the Tokyo District Court on Aug. 20 against Mio Sugita, a Lower House member of the LDP. She is seeking 2.2 million yen ($20,800) in damages.

According to the complaint, Sugita's account liked multiple disparaging messages, such as, “Ito screwed up sleeping her way (into a job),” and “Ito set up a honey trap,” which were tweeted in June and July of 2018.

They were posted after Ito went public in May 2017 about how she suffered from an alleged rape by Noriyuki Yamaguchi, a former reporter with Tokyo Broadcasting System Television Inc.

Whether the defendant will be held liable for hurting the plaintiff’s reputation simply by liking other Twitter users’ posts is expected to be the central issue in the case.

Ito also filed a separate libel lawsuit against Shohei Osawa, a former associate professor of the University of Tokyo’s Graduate School of Interdisciplinary Information Studies, demanding 1.1 million yen in compensation for posting messages that criticized another defamation suit she filed in June over other users’ tweets.

Ito argues that Osawa’s posts significantly damaged her reputation, noting his social media posts can spread widely and are more likely to be taken at face value because of his social influence.

Sugita’s office declined to comment on the lawsuit, saying it has yet to obtain the details of the suit.