DNA database of police expanding, as no law limits its collection 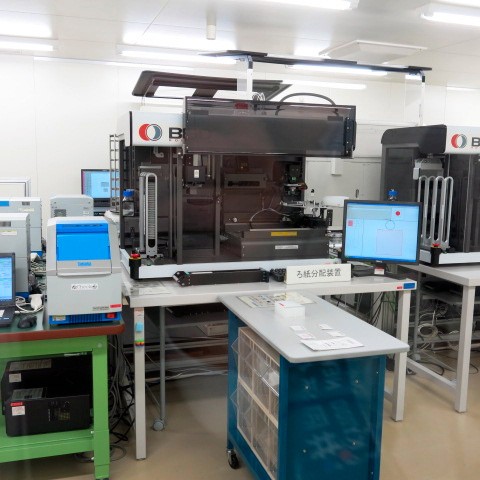 Japanese law enforcement authorities now possess the DNA of 1 of every 100 citizens in Japan, as they have expanded the DNA crime database to about 1.3 million as of late 2019, The Asahi Shimbun has learned.

The trove continues growing as no law in Japan exists to govern the collection of DNA samples by police and other law enforcement authorities in their investigations.

The collection of DNA data is not limited to felony suspects, such as in murder, burglary and rape cases, the practice of which is regulated by law in the United States and many European countries.

But they include collecting samples of those in custody on suspicion of committing minor offenses as well.

Police take DNA samples from suspects under arrest or individuals they question basically after gaining their consent to register the information in the National Police Agency database.

As of the end of last year, the DNA types of 1,296,765 suspects were kept in the database, whose operation began in September 2005.

Police also collect DNA samples from items left behind at crime scenes by possible perpetrators. The results of analysis of such samples are kept in a separate NPA database, totaling 34,374 cases as of the end of last year. This database went into operation in December 2004.

Queries into the databases helped investigators identify suspects and gather clues about other crimes they may have committed as the databases turn up 5,000 to 6,000 matches annually.

While entries in the latter database are steadily on the decline after peaking at about 42,000 in 2016, those of suspects whose DNA samples were taken directly by investigators are continuing to expand.

Documents obtained by The Asahi Shimbun under the information-disclosure law in late 2019 showed those who are alleged to have committed serious crimes such as murder, burglary and rape accounted for 4.8 percent of the DNA samples of all suspects.

In contrast, the database had information on about 420,000 individuals suspected of committing theft.

It had information on about 190,000 individuals who were under arrest for fraud, intimidation and theft of lost or mislaid property, which were entered under “and others” category of penal code offenses.

The number of individuals arrested on suspicion of violating the Road Traffic Law, the swords and firearms control law, the immigration control law and the minor offense law stood at about 210,000. The data was grouped in “and others” category of other law offenses.

Police arrest about 250,000 suspects annually on suspicion of committing penal code offenses and other violations of the law.

Each year, police enter the DNA information of 150,000 or so new suspects in the database, meaning they collect samples from most of those arrested.

An official with the NPA denies speculation that investigators are aggressively collecting samples from as many suspects as possible.

“Some minor cases can lead to unraveling serious offenses,” the official said. “We are taking samples while weighing whether we should look into other crimes that the suspects may have committed.”

The NPA has established a rule that states that data on suspects will be deleted when they are deceased or when there is no need to retain it.

But it acknowledged that officials will make the decision on deletion on a case-by-case basis, suggesting that data on suspects whose cases were ultimately dropped or found innocent in a trial can remain in the NPA database.