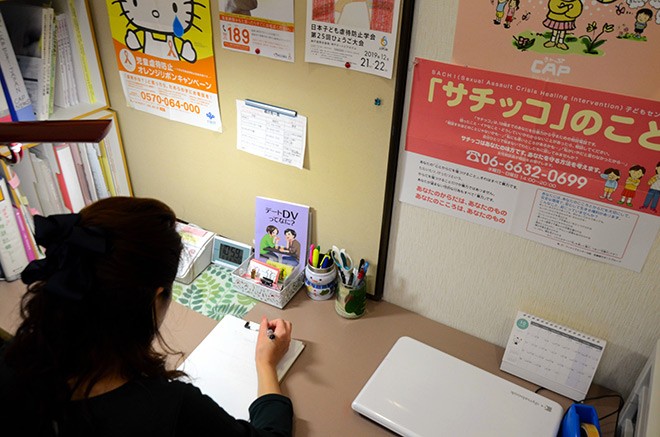 The government in early August released target dates for ministries and agencies to finish their tasks for “intensive work” against sexual crimes and assaults over three years from fiscal 2020.

There is a broad variety of subjects that must be addressed. Eliminating the sexual victimization of children, among other things, is a major duty of society.

In 2018, junior high school students and younger children accounted for 20 percent of victims in both the 1,307 cases of forcible sexual intercourse and the 5,340 cases of forcible indecency, which were officially recognized by the National Police Agency.

At one-stop support centers for victims of sexual crimes and assaults, some 10 percent of telephone counseling sessions and nearly 20 percent of interviews were requested by junior high school students or younger children, according to Cabinet Office figures. There is at least one support center in every prefecture.

The sexual victimization of children is often committed by their own family members or others in intimate surroundings. Experts say children tend to keep the matter to themselves, allowing the misconduct to continue.

Society has come to have a deeper understanding of the serious consequences of sexual crimes. As a result, the Criminal Law was revised in 2017 to toughen punishments, although many point out that the penalties are still not strong enough.

There is a mountain of problems that have to be addressed promptly from the standpoint of preventing children from being victimized.

One such problem concerns how to cope with victimization by teachers and instructors of club and other extracurricular activities.

The latest revision to the Criminal Law added a provision saying that parents and other “custodians” will face punishment for taking advantage of their influence in committing an indecent act on, or having sexual intercourse with, those under 18, even in the absence of assault or intimidation.

But sports coaches and other instructors are not considered custodians as defined in that provision. The matter should be discussed taking into consideration the fact that it is difficult, particularly for young people, to defy those in superior positions.

A mere sexual act constitutes a crime when it is performed on a person under 13. A nongovernmental human rights organization is calling for raising that age of consent, saying it is too low by international standards.

The problems are not limited to those of criminal legislation alone.

Japan’s curriculum guidelines say sexual intercourse and contraception are not to be taught even to junior high school students. Given that, children who were sexually victimized may not be able to understand fully what occurred to themselves.

The guidelines should be reviewed so that children are given lessons, as early as in the stage of compulsory education, on what sex means to humans and how important it is for people to respect each other. They should also be taught, as part of those lessons, how they should react in case they are victimized.

Two hundred and eighty-two schoolteachers were punished in fiscal 2018 for indecent acts and other sexual misdemeanors. About half the victims were pupils or students at, or graduates of, the schools where the perpetrators worked.

Even if offenders are dismissed from their duties, they are still allowed to obtain a teaching license again in three years. Some of them have been found to have moved to another prefecture and repeated a similar misconduct. The government plans to toughen the requirements for obtaining a teaching license in response.

The freedom to choose an occupation should be guaranteed. Those who have committed a crime should not be hindered from being rehabilitated.

Still, the current institutional setup is too lax in light of the serious consequences of sexual victimization. It is natural to place appropriate restrictions to make schools a safer place.