Kawais plead not guilty at first hearing in corruption case 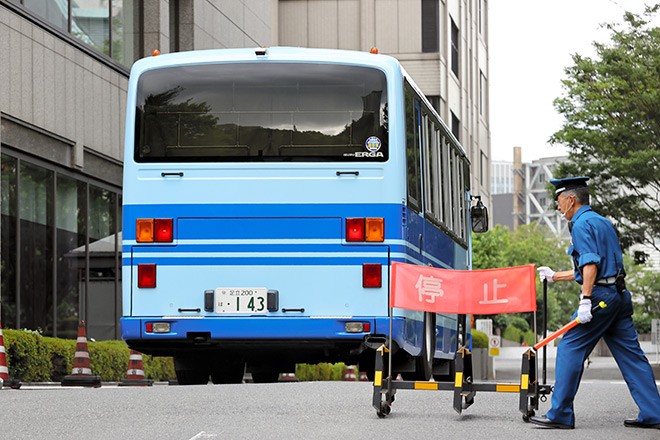 The high-profile political couple accused of violating election law through a vote-buying scheme maintained their innocence at the first hearing in their trial at Tokyo District Court on Aug. 25.

Former Justice Minister and Lower House member Katsuyuki Kawai, 57, denied allegations that money he handed out to local politicians and to others was payment to help his wife win an Upper House seat.

“The intent was not to ask to help the campaign,” he said.

His wife, Anri, 46, who ran successfully in the Upper House election in July 2019 for a Hiroshima electoral district seat, denied the allegations of vote buying.

“I have never handed out cash as a reward for (my) election campaign,” she said.

The couple resigned from the ruling Liberal Democratic Party after the corruption scandal was brought to light. They denied the charges in the indictment and pleaded not guilty.

Kawai apologized to his supporters during the hearing.

“Let me express my deepest apology for any inconvenience and worries this caused the many people who sent me to the national political scene,” he said.

Anri said, "I am very sorry for causing the public to have strong distrust toward politics."

According to the indictment, Kawai handed out about 29 million yen ($274,000) in total to 100 people, including Hiroshima prefectural assembly members, local lawmakers, campaign staffers and supporters.

From late March to Aug. 1 in 2019, Kawai allegedly provided cash handouts 128 times as payoffs for rounding up votes for Anri, who was a prefectural assembly member and who had announced her candidacy for an Upper House seat.

Anri conspired in the vote-buying scheme with Kawai and handed out 1.7 million yen in total to five local politicians, according to the indictment.

The couple has essentially admitted to handing out cash, but denied it was for an election payoff.

The Kawais’ defense is expected to argue that the money was for “political activities” to expand the strength of the ruling party and that their actions were legal.

Prosecutors have decided not to criminally charge the 100 people involved, including local politicians.

The defense is expected to argue that the prosecutors cut a backroom deal with those people, asking them to provide adverse testimony against the Kawais, and therefore the trial should be canceled.

The district court has scheduled a total of 55 hearings until Dec. 18. The ruling is expected to be handed down in early 2021.

About 120 witnesses are expected to be called.