EDITORIAL: Offshore wind farming a key resource not to be squandered 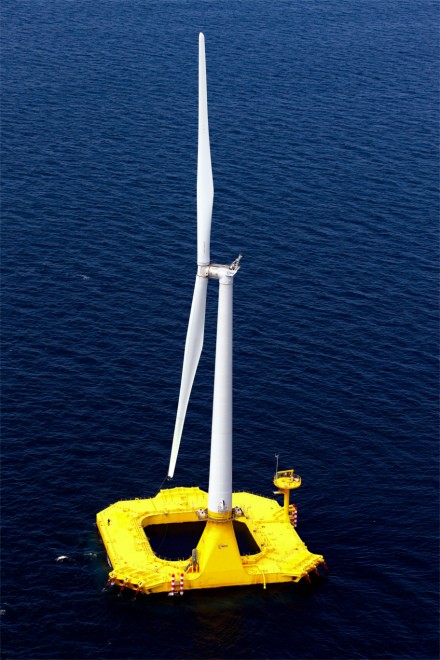 It is possible to fight the climate crisis and bolster the economy at the same time by making full use of an abundant resource that's right before our eyes. The government and the private sector must work together to expand wind power generation.

The government last month added new zones where offshore wind power generation will be prioritized, bringing the total to four: one each in Nagasaki and Chiba prefectures, and two in Akita Prefecture. Around the same time, a public-private council was established for the development of related industries.

Wind power generation in Japan has remained sluggish to date, due to concerns about its supply stability and limited access to the grid. In fiscal 2018, wind power accounted for only 0.7 percent of Japan's total power output, which was way below the global average.

Most wind turbines currently operate on land. For wind farming to grow, the key lies in how many can be built offshore where nobody will be bothered about the noise they generate or complain about them being an eyesore on the landscape.

Offshore wind farming has grown phenomenally overseas. According to the Renewable Energy Institute, electricity generated by offshore turbines has increased 15-fold in the last 10 years, and is expected to reach as much as 40 times the current level by the middle of this century.

The growth is notable in European nations such as Britain, Germany and Denmark, as well as in Asia. China, in particular, is aggressively pushing wind power generation, and now ranks No. 3 in the world in terms of power supply capacity.

While Japan lags way behind them, it is nevertheless blessed with the world's sixth largest territorial waters and exclusive economic zone, and there's no shortage of wind. If these assets are utilized to the full, the electricity that can be potentially generated by wind turbines would more than compensate for whatever output loss may result from terminating nuclear power generation.

We urge the nation's utilities to take advantage of these blessings and work more closely with the fisheries industry in the drive to cut power generation costs.

Wind turbines are made up of tens of thousands of parts and components, which means their manufacture involves a broad range of industries. And since they require labor to operate and maintain, they create jobs and activate the local economy.

But weak domestic market has caused Japanese manufacturers to withdraw, one after another, from wind turbine production. To lure them back and get them to reinvest, the government must have a clear vision for the future.

However, the government's target for the ratio of wind power generation to the nation's total power output is only 1.7 percent in 2030. And even for all renewables, the figure is 22 to 24 percent, which is roughly the same as coal-fired or nuclear power generation.

The government recently decided to vastly reduce low-efficiency coal-fired thermal power generation. And it is clear that the ratio of nuclear power generation will also have to be lowered in the future.

On the other hand, corporate demand for energy-saving is growing, and the time has come to start relying mainly on solar and wind energy for power generation.

The government's next Basic Energy Plan should set a high target for renewables to capitalize on the potential of offshore wind farming. To achieve a society that leaves a smaller carbon footprint, this sort of ambitious strategy is a must.