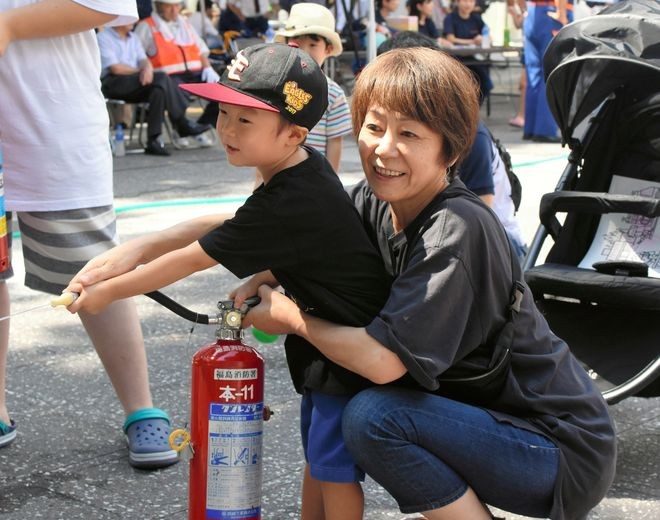 This year again, Japan has been struck by a series of deadly natural disasters, including flooding due to torrential rain and disaster-level heat waves.

Disaster Prevention Day on Sept. 1 should serve as a fresh impetus for discussions and efforts to protect our lives and make the nation better prepared for natural disasters.

One big concern is that many local governments are struggling to keep up with their schedules for taking measures to prevent and mitigate damage from natural disasters.

One terrifying prospect is what will happen if Japan, being ill-prepared, is hit by the widely predicted mega-quake along the Nankai Trough off the Pacific coast.

This massive quake could strike any part of wide areas stretching from the Kanto region around Tokyo down to Kyushu, Japan’s southernmost major island. Should the entire region where the Nankai Trough quake hypocenter can be located move all at once, the result would be a super-giant quake of a magnitude 9 level.

Recent studies have indicated the possibility that half of the region moves first, triggering a huge quake, and then, after a while, the other half moves.

In such an occurrence, the national government is supposed to issue emergency information after the first quake, prompting municipal governments concerned to urge local residents in high-risk areas to evacuate for one week in advance of the second quake.

Last year, the national government instructed 139 municipalities in 14 prefectures with areas expected to be hit by tsunami following the Nankai Trough earthquake to designate areas subject to advance evacuation and remake their plans to improve measures to deal with such situations by March.

But only 51 of these cities and towns had designated advance evacuation areas by April.

Minamiise, a town in Mie Prefecture that could be hit by tsunami up to 22 meters high, has been hard-pressed to tackle the challenge because tsunami would reach different areas in different time frames and there are some communities with a very high ratio of elderly residents.

The city of Fuji in Shizuoka Prefecture plans to designate 13 areas with a total population of around 800. But the new coronavirus outbreak has compounded the mission by making it necessary to reduce the number of evacuees each evacuation center will accept.

This has added the difficult task of finding new evacuation facilities to the municipal government’s work.

Some local governments have been prevented from holding meetings to discuss related issues due to the urgency to avoid creating situations where many people come in close contact with each other in a confined environment.

Many local government officials involved in dealing with the matter point out the difficulty of convincing local residents of the need to take shelter in an evacuation center for as long as one week when it is not certain whether a second big quake will occur.

Instead of simply issuing instructions to local administrations, the central government should step up its public awareness efforts to make people understand the reason and urgency for taking the step.

Other related challenges for local governments that have been cited since the national government announced this policy include how to secure sufficient facilities for evacuation.

However, all that the Cabinet Office has done so far in response to the difficulties facing local governments has been holding several meetings to explain the policy to municipalities in each of six regions including the Kanto and Tokai regions.

This dismal performance makes the Cabinet Office worthy of being criticized for farming out all the heavy lifting involved to local governments.

The central government needs to provide careful and meticulous guidance for local administrations grappling with the challenge on the front line by using, for instance, teleconferences and other means necessary.

Earthquakes can occur at any time and any place, whether we are prepared or not. Efforts to make communities better prepared for major quakes should be expedited with this obvious fact kept in mind.

Individual citizens also need to make their own efforts to protect themselves and their loved ones.

But a growing number of cities and towns have started calling for “family disaster conferences” to take such possible measures as fixing furniture, checking emergency stocks and confirming dangerous spots in the neighborhood.

Earthquakes are not the only disaster that must be dealt with. The typhoon season is beginning with increased risks of wind and flood damage. Each one of us needs to think about in advance the actions we should take in the event of such emergencies.