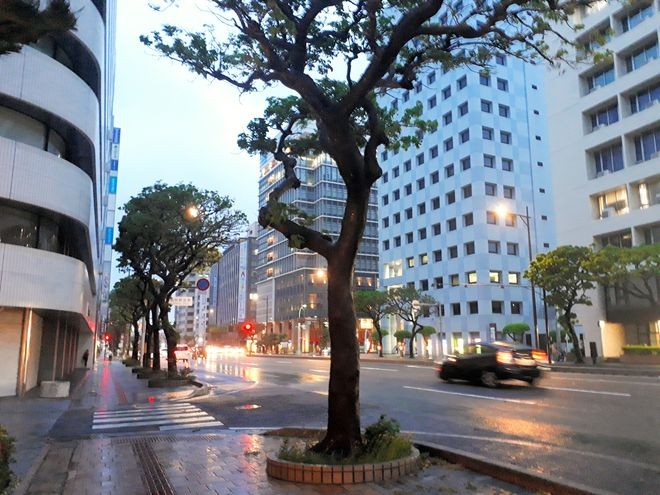 A street in Naha, Okinawa Prefecture on Aug. 31 (The Asahi Shimbun)

A powerful typhoon was blowing over Japan’s southernmost islands early Tuesday on course for Japan’s main southern island and later the Korean Peninsula.

Warnings issued for the area around Okinawa, home to U.S. military bases, said strong gusts could cause some homes to collapse and extremely high tides were a risk as well.

Maysak had 162 kilometers per hour maximum winds at its center at daybreak, JMA said. It was forecast to strengthen slightly as it headed toward Kyushu.

A typhoon that hit the Korean Peninsula last week caused scattered minor damage in both Koreas.

Japan’s southern islands are often been hit by mudslides and flooding during typhoon season.