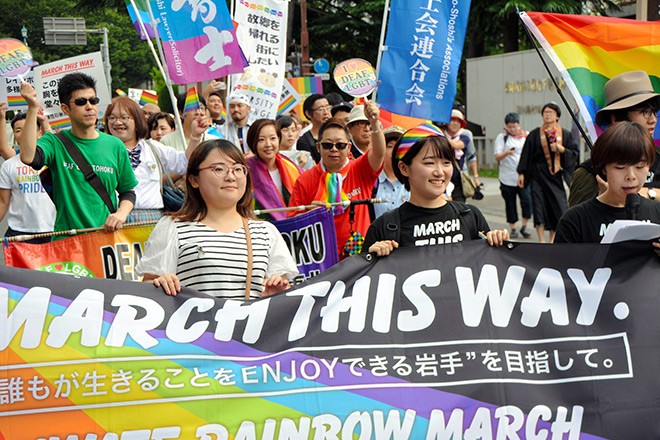 Three in four LGBT people in Japan want a government policy that guarantees the legal rights of same-sex couples, according to a recently released online survey.

Valid responses were received from some 10,000 lesbian, gay, bisexual and transgender people ranging in age from 13 to 79.

The survey results were released on Aug. 31.

Sixty percent of respondents said they want to have same-sex marriages legally recognized the same as heterosexual marriages. Sixteen percent said they want the central government to introduce a national civil partnership program that would grant them the same rights as a marriage.

Same-sex marriages are currently not legally recognized in Japan.

The survey also found that younger generations are more likely to seek a same-sex marriage.

But 79 percent said they have heard discriminatory remarks made against sexual minorities at their workplaces or schools. That is up 8 percentage points from the previous survey conducted in 2016. A quarter of respondents said their sexual orientation or identity was revealed by other people without their consent.

“While there is a positive move toward embracing diversity in sexuality, discrimination against sexual minorities still remains rooted in society, and it may have become more visible because of that change,” Hidaka said.