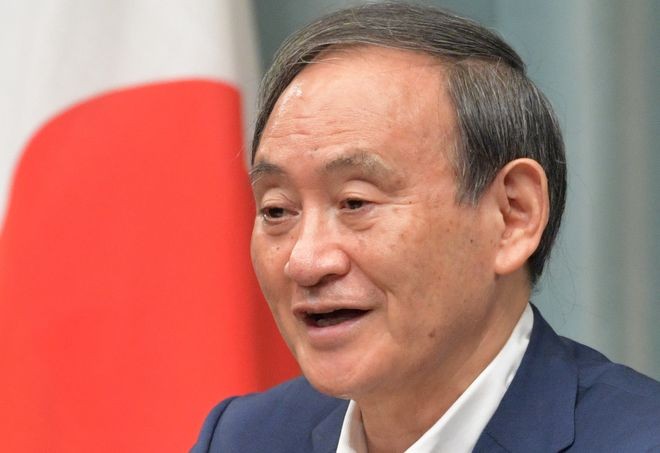 Chief Cabinet Secretary Yoshihide Suga had not even officially declared his bid for the Liberal Democratic Party presidency, nor had he announced any policy plans for a new administration, when the ruling party's major "habatsu" factions started backing his candidacy.

Their action was tantamount to dismissing as irrelevant the public's keen interest in who will succeed Prime Minister Shinzo Abe. The party has only itself to blame if it comes to be accused of engaging in "inter-faction collusion" and "backroom politics."

Aside from Suga, two others will be in the race: LDP policy chief Fumio Kishida, and Shigeru Ishiba, a former LDP secretary-general, have officially declared their candidacy.

Suga does not belong to any faction. But he has already secured the backing of the Nikai faction led by party secretary-general Toshihiro Nikai. And his support base has also expanded to include the Hosoda faction--the largest faction to which Abe used to belong--and the second-largest faction led by Deputy Prime Minister Taro Aso.

This can only mean that the LDP's mainstream power bloc, which supports the current Abe administration, is simply switching from Abe to Suga to preserve the existing power structure.

A review of LDP presidential elections in recent years reveals that there is nothing unusual about all the party's dominant factions jumping on the bandwagon.

In the selection of Prime Minister Junichiro Koizumi's successor, the phenomenon that occurred was called "Abe nadare" (Abe avalanche). And when Abe stepped down after his first stint as premier, it was "Fukuda nadare" (Fukuda avalanche).

This time, "Suga avalanche" is apparently what's in the works.

Instead of having each candidate compete fair and square on policy, the LDP is resorting, again, to the same unsavory tradition of letting the mainstream power bloc decide the outcome. This is bleak and pathetic.

Suga has already overwhelmed both Kishida and Ishiba big-time in the votes he has collected from LDP members who are members of the Diet.

Ballots cast by other party members and supporters are said to better represent the will of the general public, but the party on Sept. 1 decided to do without them and go with the simplified formula of counting the votes of only the Diet members and three representatives each from its prefectural chapters.

A total of 145 mostly younger LDP Diet members issued a signed petition to allow non-Diet party members to cast their ballots, and the same demand was made by 10 prefectural chapters, including those of Kanagawa and Osaka.

But these were all rejected by the party's executive leadership.

All we can say is that the party leadership has thrown intraparty democracy out of the window and abandoned all effort to carefully heed the voices of rank-and-file members who are closest to the general public.

In the presidential election of 2018, Ishiba was the sole challenger to Abe. This time, with his campaign slogan of "Acceptance and Empathy," Ishiba told a news conference upon declaring his candidacy, "I intend to run the Diet fairly and make government function with humility" and "I want the LDP to be a party that correctly represents democracy."

We sensed his resolve to acknowledge the negative consequences of Abe's style of politics and rectify them.

On the other hand, Kishida, who supported Abe in the last election, extolled the latter's achievements at his news conference but also stressed the need to deal with disparities of various forms. His campaign slogan is "From Division to Collaboration."

Kishida appeared to be trying hard to underscore his differences from Abe.

And how is Suga going to summarize the merits and demerits of Abe's long-term administration which he has consistently supported as the chief Cabinet secretary, and what is his vision for the new administration?

We cannot wait to hear him speak.