VOX POPULI: LDP bromance with Suga stems from vow to be sequel to Abe 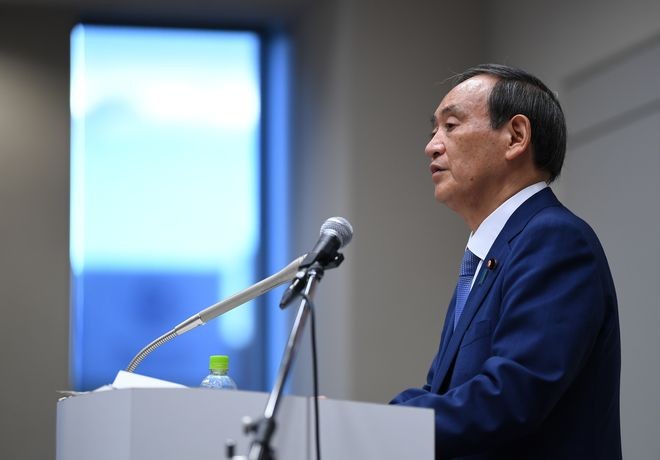 British economist John Maynard Keynes (1883-1946) likened the stock market to a kind of "beauty contest" in a work he published in 1936.

Using an analogy of a common newspaper game of the time in which "the competitors have to pick out the six prettiest faces from 100 photographs," Keynes explained that in order to win this game, the entrants had to guess which faces would prove most popular, not choose the faces they personally found appealing.

For successful investors, the stock market is all about jumping on the bandwagon.

The same could be said of the upcoming Liberal Democratic Party presidential election.

Chief Cabinet Secretary Yoshihide Suga is getting an "avalanche" of support from the party's mainline "habatsu" factions.

Every party member with a vote is dead serious about whom they back, since siding with a loser would cost them dearly, just like getting badly burned in an investment fiasco.

Conversely, by being on the winning side, they can expect "dividends"-- appointments to coveted government or party posts and so on.

This explains why LDP members have "invested" in the market with great alacrity, without even waiting for policy debates to begin.

With his election victory effectively in the bag, Suga held a news conference to announce his candidacy.

On practically every policy issue, he reiterated his intention to "perpetuate and advance the Abe administration's legacy." In a nutshell, he was saying that since nothing is going to change, everyone can relax.

Now, was that message meant for the public, or LDP members of the Diet?

For stating so openly and unabashedly that his administration will only be a sequel to his predecessor's, Suga is a very rare LDP presidential candidate.

And if he meant what he said, I suppose he is going to preserve the nature of the Abe administration--namely, an authoritarian regime that expects everyone to carry out the wishes of their bosses without being told, a regime so secretive that information disclosure is dismissed as unimportant, and the falsification and concealment of official documents became rampant.

I waited in vain for Suga to voice his resolve to change all that.

Continuing to apply the stock market analogy to this LDP presidential election, I can see that some investors have already done quite well on the trading floor.

LDP Secretary-General Toshihiro Nikai, for instance, was one of the first to pledge loyalty to Suga, thereby choosing a winnable election formula.

Unfortunately, market manipulation is a crime only in Kabutocho--Japan's equivalent of Wall Street--but not in Nagatacho, the nerve center of Japanese politics.