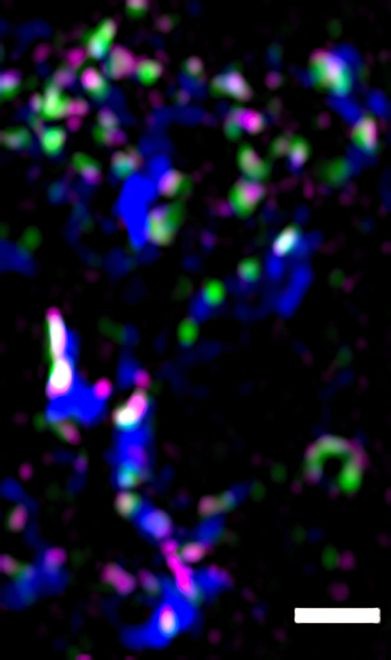 A research team said it has healed mice with Alzheimer’s disease and other neurological disorders by linking broken neural networks with artificial synapse connectors.

The scientists primarily from Keio University and Aichi Medical University said their achievement could help ascertain the mechanisms of nerve disorders in humans and lead to treatments.

The findings were published in the U.S. scientific journal Science on Aug. 28.

“A therapy (for nerve diseases) associated with synapses will be totally new, and expectations are high for that,” said team member Michisuke Yuzaki, a neurophysiology professor at Keio University.

Studies have shown that when synapses linking neurons, or nerve cells, are cut, cerebral signals become difficult to transmit, causing neurological problems to interfere with memories and body movements.

With so many different kinds of synapses, it had been difficult to reconnect targeted ones.

To “bridge” broken synapses, the team developed an artificial synapse connector by combining synapse-forming proteins. The researchers confirmed the cut synapses were linked again with the connector in a culture dish.

The scientists then administered the connector to model mice treated to develop Alzheimer’s disease, cerebellar ataxia and spinal cord injury, and discovered that they recovered from the conditions within a few days.

They are looking to apply the new method to human patients.