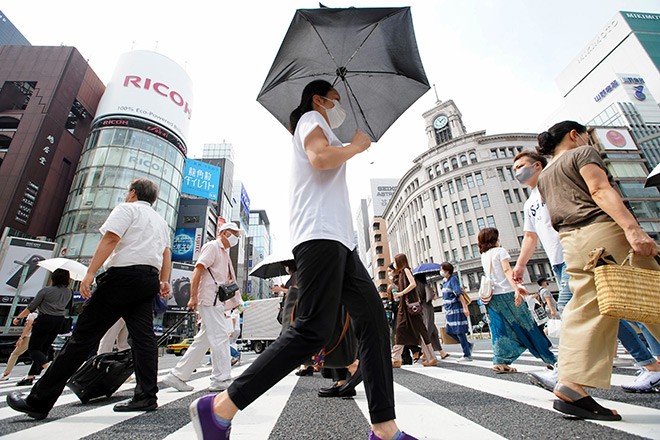 A record high 193 people died from heatstroke in Tokyo’s 23 wards in August, most of them older residents whose bodies were found indoors, metropolitan government officials said.

The preliminary figure was the largest monthly count since 2007, when comparable data became available, and topped the previous record of 137 heat-related deaths set in July 2010, according to the government’s Medical Examiner’s Office.

Most of them lived alone, officials said.

They also said 182 people, or 94.3 percent of the total, were found dead indoors.

Among them, 163, or 89.6 percent, either did not have air conditioners or the cooling units were turned off when their bodies were found.

Some of the heatstroke victims were known to dislike using air conditioning. In some cases, the air conditioners had been turned on but were emitting hot air.

High temperatures have remained in the capital in the first week of September. Health officials have urged the public to remain cautious and take such measures as drinking plenty of water and using air conditioners and fans.

Elderly people who live alone may be unaware that they are falling ill from the heat. Relatives and neighbors are encouraged to regularly check on them, officials said.