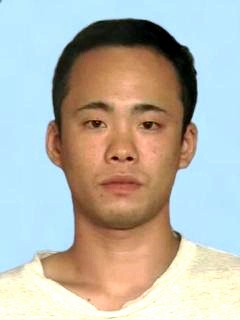 A fugitive in a murder case who spent 17 years on the run was arrested after being extradited to Japan from South Africa.

The Metropolitan Police Department on Sept. 4 announced the arrest of So Kamiya, 46, following his arrival at Narita Airport on Sept. 3.

Kamiya, arrested on suspicion of abduction and confinement in the murder of a man who was found dismembered, turned himself in at the Japanese Embassy in South Africa in late August, saying he wanted to return to Japan because he had run out of money.

According to police, Kamiya and an acquaintance conspired on Sept. 17, 2003, to abduct Shinya Kogawa, 26, and another man in a parking lot in Ichikawa, Chiba Prefecture, after a falling out over money.

Kogawa and the other man were confined to an apartment in Toda, Saitama Prefecture.

Kamiya has admitted to abducting and confining Kogawa, according to police. They already have an arrest warrant in connection with the murder, dismemberment and abandonment of Kogawa’s remains in the mountains of Okutama, western Tokyo.

Kamiya faces re-arrest on suspicion of murder, interfering with a corpse and abandoning it.

But the ringleaders of the crime were believed to be Kamiya and Tomoyuki Matsui, 48, who both fled to South Africa. Police asked Interpol to place the two men on its wanted list.

According to data compiled by Johns Hopkins University, South Africa had the seventh largest number of COVID-19 infections as of Sept. 3 with about 630,000 cases, of whom 14,000 or so have died.