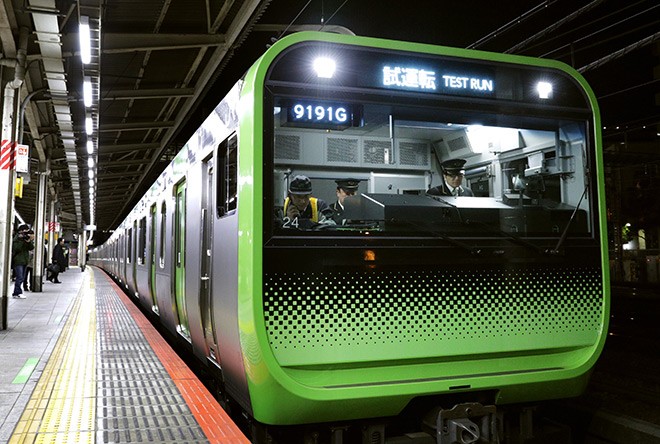 East Japan Railway Co. (JR East) will move up the schedule for its last train runs of the day in the Tokyo area by about 30 minutes, citing a plunge in late-night passengers.

Almost all JR lines running within 100 kilometers of Tokyo Station will be subject to the revised timetable from next spring, JR East President Yuji Fukasawa said at a news conference on Sept. 3.

West Japan Railway Co. (JR West) also announced on Aug. 26 that it will push up the schedule for its last trains by 10 to 30 minutes next spring.

It will be the first comprehensive change to final train operations since the Japan Railway companies were established in 1987 after national lines were privatized.

Trains on many lines in the Tokyo metropolitan area run even after 1 a.m. The new schedule means that most of them will arrive at the last stations before 1 a.m.

Details of the change will be announced in October.

According to JR East, the number of passengers has dropped significantly, especially during the late-night period, since the novel coronavirus started spreading earlier this year.

On the Yamanote Line loop in central Tokyo, passenger numbers between midnight and 1 a.m. are down by more than 60 percent from pre-pandemic levels.

Currently, 200 to 240 minutes separate the time between the last train and the first train on conventional lines in the Tokyo metropolitan area.

Workers use that time for maintenance and inspection on railway tracks, as well as construction projects, such as installing barrier gates on platforms.

Under the new schedule, the downtime period can be extended to 240 to 270 minutes, allowing for the use of larger machinery.