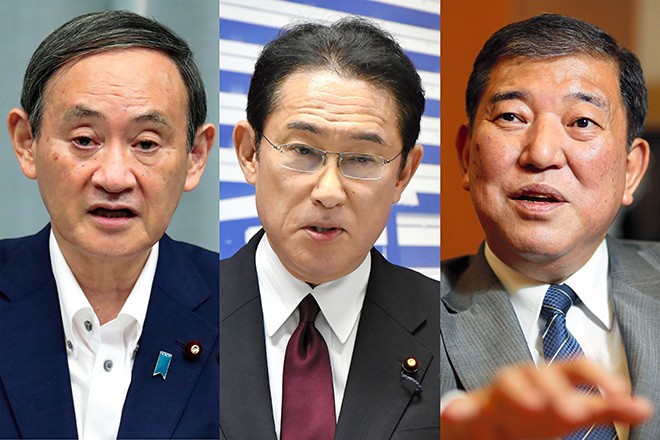 Bureaucrats are anxiously watching the presidential race of the ruling Liberal Democratic Power as the outcome will likely lessen the influence the economy ministry enjoyed under the Abe administration.

In the election scheduled for Sept. 14, Chief Cabinet Secretary Yoshihide Suga, a key figure in the administration, is widely seen as the overwhelming favorite.

Prime Minister Shinzo Abe’s second stint was characterized by a heavy reliance on officials linked to the economy ministry over other ministries, including the Finance Ministry, regarded as the most powerful of all ministries and agencies prior to the Abe administration.

The emblematic figure in the group is Takaya Imai, special advisor to the prime minister, who was formerly with the Ministry of Economy, Trade and Industry.

Dubbed as “bureaucrats at the prime minister’s office,” Imai and other officials tied to the economy ministry influenced other ministries in areas beyond its own turf, such as foreign affairs and social security.

The economy ministry oversaw a government campaign to lift the tourism industry hard-hit by the new coronavirus pandemic under the leadership of those officials, called "Go To Travel."

As a result, the economy ministry had a strong say in the subsidy program although it involved other ministries that had jurisdiction over restaurant and tourism sectors.

But policy measures pushed by those officials at the prime minister’s office also caused confusion, shown by the abrupt request for closure of schools across the nation in early March to stop the spread of the novel coronavirus. The distribution of two cloth masks to all households, mockingly dubbed "Abenomask," another example of those officials’ leadership, also drew heavy fire for its slow distribution and quality control.

A ranking official with the Finance Ministry cited a possible change in the decision-making process.

“It will likely return to the way it used to be, namely, ministries and agencies will coordinate with each other over a directive given by the prime minister’s office if the top-down approach pushed by Imai and other officials is replaced,” the official said.

A major reason is that the Cabinet Bureau of Personnel Affairs, which was set up at the Cabinet Secretariat in 2014, is expected to continue to control personnel decisions by dictating which bureaucrats should be promoted to senior posts of their ministries.

Suga, who proposed a system in which taxpayers can divert part of their residential tax payments to a specified local government, demoted a senior official overseeing the system at the internal affairs ministry after he opposed expansion of the program. Prior to that, the official was believed to be on a fast track.

It is not clear whether Suga has his own agenda in foreign policy and national security affairs.

“I have never heard Suga discuss security issues,” said a ranking official at the Defense Ministry. “He will likely let ministers take care of those fields while adhering to the policy line set by the Abe administration.”

The other two contenders in the presidential election--Fumio Kishida, chairman of the LDP’s Policy Research Council, and Shigeru Ishiba, former secretary-general of the LDP--are well-versed in foreign affairs and security issues.

Kishida served about four years and seven months as foreign minister after the Abe administration was formed in December 2012.

Ishiba was the chief of the then Defense Agency when emergency legislation on national security was enacted in 2004. He became the defense minister after the agency was promoted to the ministry.