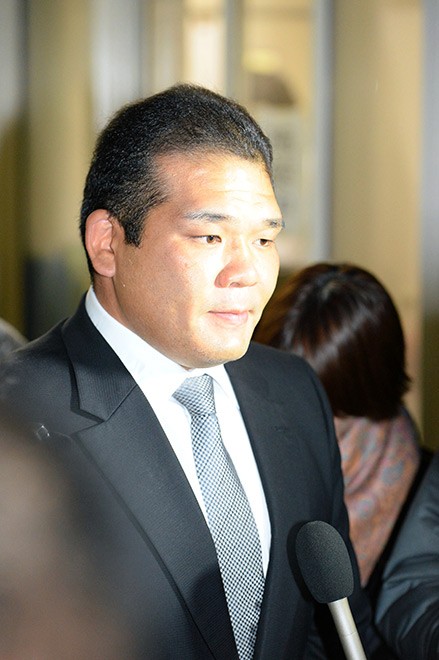 Only days before the start of the Autumn Grand Sumo Tournament, a COVID-19 cluster infection has sidelined the entire Tamanoi stable, the Japan Sumo Association announced Sept. 10.

Nineteen wrestlers in the stable have tested positive, including juryo wrestler Fujiazuma, according to the association.

After the association reported an infection of one wrestler in the makushita division or lower who belongs to the stable on Sept. 6, other members of the stable underwent polymerase chain reaction (PCR) tests.

Stablemaster Tamanoi, the former ozeki Tochiazuma, tested negative for the virus, but all wrestlers of the stable and the stablemaster will sit out the upcoming 15-day tournament, which starts on Sept. 13 at Tokyo’s Ryogoku Kokugikan.

The Tamanoi stable has more than 30 wrestlers and staff members, according to the association. Of the 19 infected wrestlers, 12 are being hospitalized with mild symptoms. The other seven have no symptoms, but will be treated in a hospital, the association said.

Sumo wrestlers in the lower divisions including makushita live with other wrestlers at stables they belong to, in principle.

A 28-year-old wrestler who was in the third lowest division and a member of another stable died of multiple organ failure in May after contracting the virus.