Kono: China not a ‘concern’ for Japan. It is now a ‘security threat’ 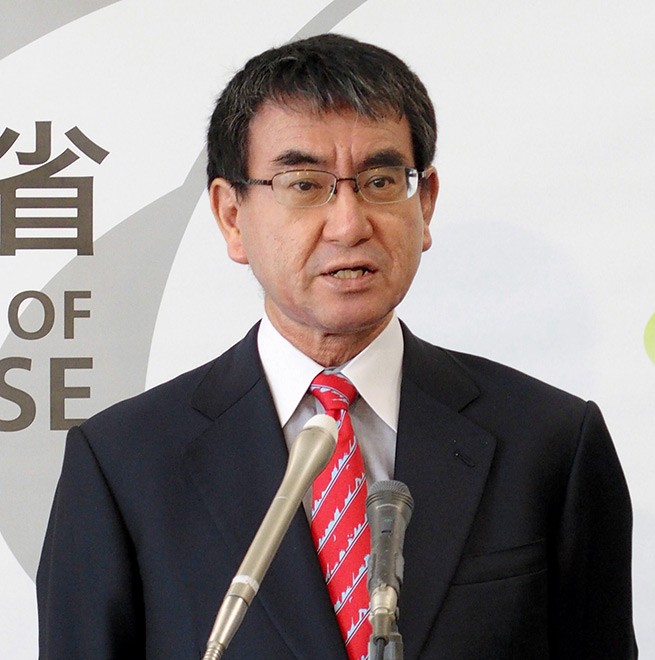 Defense Minister Taro Kono went beyond the government’s official stance by describing China as a “national security threat” to Japan.

“When I was foreign minister, I was very careful not to say that China is a threat although I repeatedly said ‘grave concern’ at news conferences,” Kono said on Sept. 9. “But as defense minister, I must say China has become a security threat to Japan.”

He made the statement online for an event hosted by the Washington-based think tank Center for Strategic and International Studies, marking the 60th anniversary of the Japan-U.S. alliance.

In the National Security Strategy approved by the government in 2013, the word “threat” was used to describe North Korea’s status in East Asia.

Although there was “concern” about various moves being made by China, the strategy expressed “expectations” that Beijing would comply with international norms.

The government is considering making the first revision of the National Security Strategy next year or later, and a major focus will be how to describe China’s position in the region.

The government has repeatedly voiced concerns about China’s military advances in the South China Sea and other parts of the region, but Japan has not gone so far as to describe such moves as a threat.

Kono also talked about the Sept. 14 election of a new president of the ruling Liberal Democratic Party and subsequent selection of Japan’s next prime minister.

The defense minister said a snap Lower House election would likely be held “sometime in October” after the chamber was dissolved.

Kono is close to Chief Cabinet Secretary Yoshihide Suga, who is considered the strong favorite to win the LDP presidential election.

To hold a Lower House election in October, Suga would have to dissolve the Diet chamber soon after becoming prime minister next week.