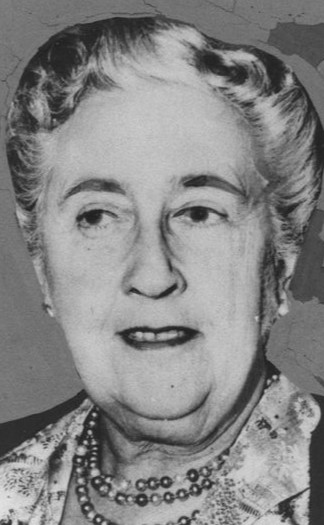 The most famous murder victim in the history of non-Japanese mystery novels must be Roger Ackroyd, the British widower in "The Murder of Roger Ackroyd" by Agatha Christie (1890-1976).

Published in 1926, the brilliance of the plot twist has stood the test of time.

Yasuo Sudo, 79, a resident of Mitaka in western Tokyo, was a graduate student when he read this masterpiece but could not figure out the function of a gadget that was crucial to the plot.

Sudo plucked up his courage to ask the author herself in a letter. To his great surprise, he received Christie's reply one month later. They started corresponding.

Six years after the first exchange, Sudo was working for a company when he received a letter of invitation from her. Baffled as he was, he accepted and headed to Britain.

Christie received him at her holiday cottage. "A small old lady" was his first impression of her.

"I was rapt as I chatted away over tea and supper," Sudo recalled. "The two days with her were like a dream."

This year marks the 100th anniversary of Christie's literary debut as the creator of Hercule Poirot, the iconic sleuth with an enormous, upward-curled mustache.

Her versatile works, including "And Then There Were None" and "Murder on the Orient Express," are still read around the world today as timeless classics.

Her autobiography details her freewheeling lifestyle, which in itself fascinates me. She practically eloped with a British military officer, but left him and went into hiding after more than a dozen years of marriage. She then remarried an archaeologist, 14 years her junior, whom she met while travelling.

She wrote in one of her works, "One can never go back, that one should not ever try to go back ... Life is really a One Way Street." This must have come from the very heart of this "Queen of Mysteries."

I myself have been a die-hard Christie fan ever since I was enthralled by Poirot's extraordinary sleuthing as a schoolboy.

I now feel like revisiting "The Murder of Roger Ackroyd." I know who killed him, of course, but I just want to re-experience the intoxication of going over that most brilliant moment of revelation.