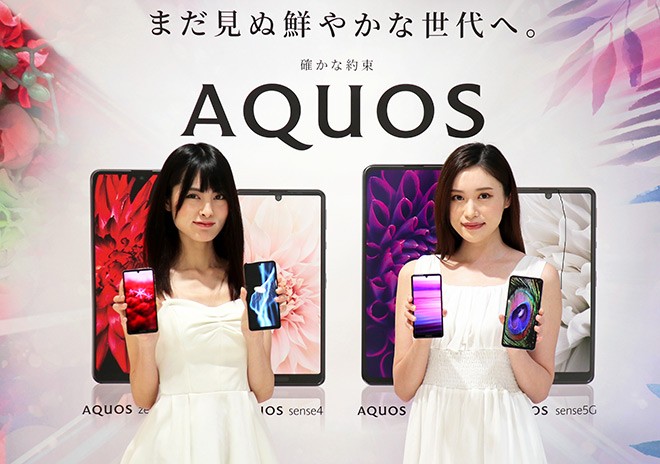 Sharp Corp. plans to market a cheaper next-generation 5G smartphone model next spring, the company announced, as competition is heating up at a lower price point.

Sharp's smartphones that can run on the 5G mobile communications networks have so far only been available in a more expensive price range, costing upward of 100,000 yen ($942.60).

But Sharp’s new model is expected to only cost around 40,000 yen.

It comes as other major companies turn toward marketing their own cheaper 5G models for consumers, with next-generation phones anticipated to become increasingly popular as more people adopt the latest technology.

Its current 4G models cost around 30,000 yen. Sales of those models have surpassed 7 million units due to their affordability, according to the company.

But sales of more expensive models have slowed since last October, when new discount regulations came into effect.

The Japanese electronics maker said it aims to broaden the variety of cheaper smartphones available on the market by introducing new, low-priced, 5G-compatible models, and by launching a slightly more upscale 5G phone to increase the options available to consumers.

In Japan, 5G network service began at the end of March, allowing mobile users with compatible smartphones to transfer much more data in a second than what is possible with 4G smartphones. The new network capabilities allow consumers to watch sports from multiple perspectives and stream online video games much more smoothly, for example.

Consumers have not adopted the new phones and services as quickly as expected due to event cancellations caused by the spread of the new coronavirus, along with the higher price range for the new 5G phones.

But manufacturers are now beginning to launch models priced in a lower tier.