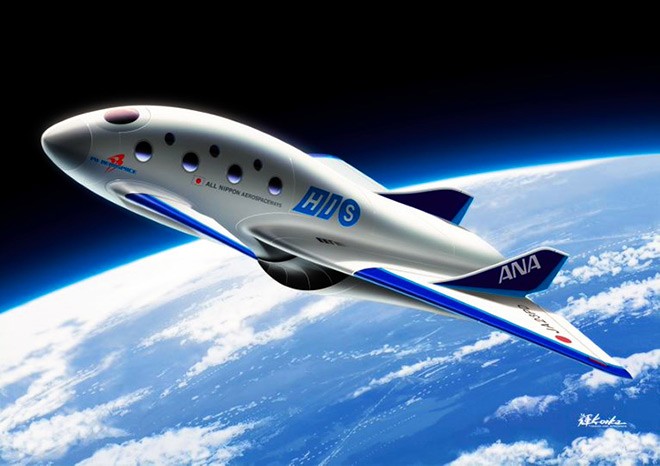 NAHA--The Okinawa prefectural government will link up with a company to utilize one of its remote islands to operate a space tourism venture.

Together with PD Aerospace Ltd., a Nagoya-based venture company, the government plans to build a center to develop a spaceplane for tourism on Shimojishima island.

PD Aerospace will start a flight experiment on a runway on the island as early as the end of this year.

The company plans to build a hanger and a training facility for space travelers in 2022. Under the project, officials hope to start sending 100 people annually into space in 2025 and increase the number to 1,000 in 2030.

The spaceplane will be equipped with a new engine that the company is developing, which will make a roundtrip flight at an altitude of 100 kilometers in about 90 minutes.

Passengers will experience zero-gravity conditions for about five minutes. The price for a trip is expected to be 14 million yen ($132,000) per person.

Shimojishima was placed into service in 1979 and has been primarily used as a training airport for commercial pilots.

In recent years, however, pilots more often use training simulators, which has resulted in a loss of revenue to the island airport.