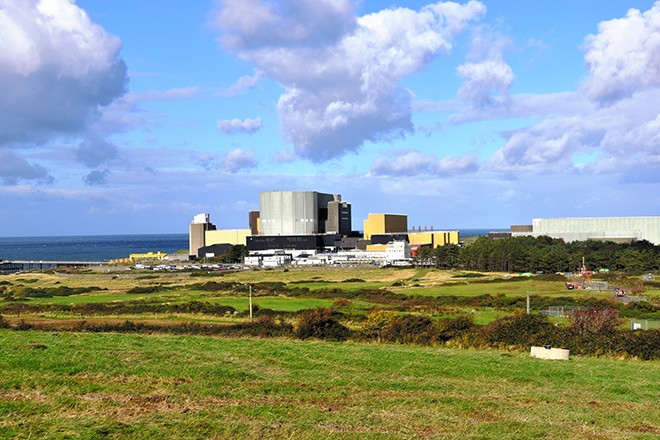 Hitachi Ltd. will make official what had long been suspected: It is pulling the plug on a planned nuclear plant construction project in the island of Anglesey in northwest Wales.

The company announced in January 2019 that it was freezing the project, but media speculation began simmering this summer that Hitachi might be having a change of heart.

That led Hitachi to conclude it could not allow such an ambiguous situation to continue, sources said.

A company board meeting on Sept. 16 was expected to formally decide that the company will pull out of the project that carried an estimated price tag of 3 trillion yen ($28 billion).

Exports of nuclear plant technology and other infrastructure were a key pillar in economic growth policies promoted by the outgoing Abe administration.

Hitachi's decision means that no Japanese company will now be involved in the construction of a nuclear plant outside Japan.

After announcing the freeze, Hitachi officials sought to sell off the project or gain an additional injection of funds from new investors, but the novel coronavirus pandemic scuttled any enthusiasm for such a risky project.

Hitachi could still end up selling some of the nuclear equipment that would have been used if another entity takes over as the main agent for the construction project.

Hitachi acquired Horizon Nuclear Power in 2012 for about 90 billion yen as the deal seemed to offer the best opportunity for its first export from Japan of a nuclear plant.

From the outset, Hitachi sought to mitigate its own risk in the event of delays in the construction schedule or any accident at the plant by seeking out investments from related companies.

However, Hitachi struggled to find new investors. In addition, stricter safety standards in place globally due in large part to the triple meltdown at the Fukushima No. 1 nuclear power plant in 2011 led to a ballooning of projected construction costs.

The British government also did not provide the support that Hitachi had relied on.

Hitachi’s decision is the latest in a string of moves by Japanese companies to end their involvement in overseas nuclear plant projects.

The bankruptcy of Toshiba Corp.’s U.S. nuclear power plant subsidiary plunged the parent company into a dire financial hole in 2018 from which it is still trying to recover.

Toshiba has since decided not to seek out contracts for overseas nuclear plant construction projects.