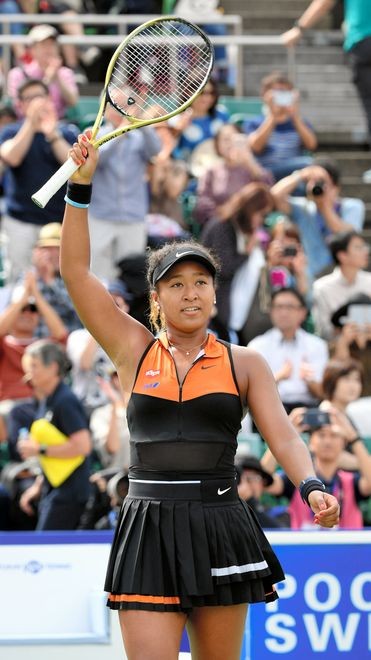 Naomi Osaka celebrates after winning the title of the Toray Pan Pacific Open on Sept. 22, 2019, in Osaka. (The Asahi Shimbun)

U.S. Open champion Naomi Osaka has withdrawn from the upcoming French Open with a hamstring injury, she said on Thursday.

The 22-year-old Japanese had her left hamstring wrapped in tape when she battled back to defeat Victoria Azarenka at the U.S. Open final at Flushing Meadows last week en route to her third Grand Slam title.

“Unfortunately, I won't be able to play the French Open this year,” the world number three wrote on social media.

“My hamstring is still sore so I won't have time to prepare for the clay--these two tournaments came too close to each other for me this time.

“I wish the organizers and players all the best.”