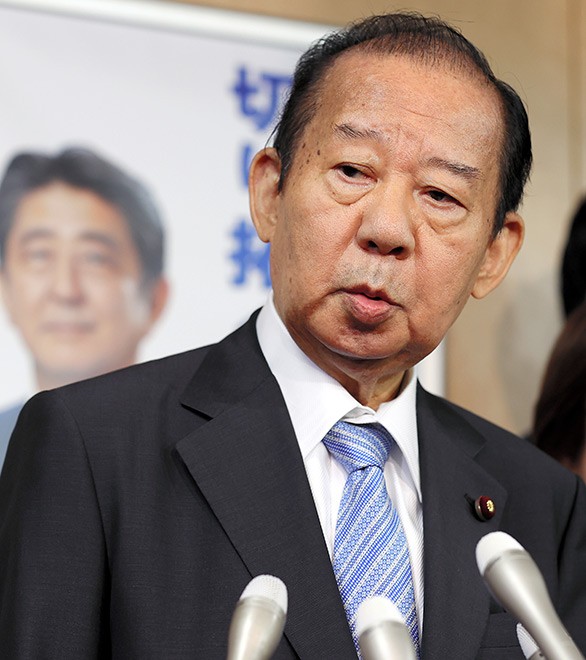 Toshihiro Nikai, an influential figure in the ruling Liberal Democratic Party, voiced his hopes of a continuing thaw in Japan-China relations and said he looked forward to Chinese President Xi Jinping being able to reschedule a postponed state visit to Japan.

“The relationship between Japan and China had been through a long winter, but now it is absolutely certain that springtime has arrived,” the party's secretary-general said. “I hope from the bottom of my heart that he (Xi) will be able to visit Japan in a peaceful atmosphere.”

Nikai was speaking in a lecture hosted Sept. 17 by the LDP faction led by Shigeru Ishiba, a former defense minister who challenged and lost in the recent race to elect a new president of the LDP after Shinzo Abe abruptly resigned as prime minister for health reasons.

Xi was supposed to visit Japan in April, but the trip was postponed due to the novel coronavirus pandemic.

Continuing turmoil in Hong Kong and the introduction of a highly controversial national security law in the onetime British colony made it difficult for Xi to find time to reschedule his visit to Japan this year.

With a new administration in Japan headed by Prime Minister Yoshihide Suga, attention is now riveted on how Suga will handle ties with China.

He also pointed out that a “fifth political document” defining the new relationship between Japan and China would surely have been signed by now if Xi had been able to visit Japan.

“We were supposed to establish our intention for ‘co-creation’ to achieve world peace and prosperity led by Japan and China together,” Nikai said.