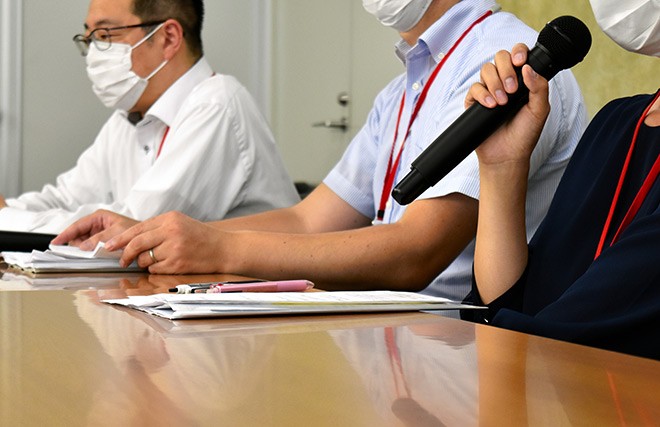 A hidden but apparently widespread problem in the sporting world has come to light in a recent court case involving a former Tokyo Fuji University women's softball club coach accused of sexual harassment.

The Tokyo District Court on Aug. 28 ordered the man, in his 70s, and the university to pay 800,000 yen ($7,650) or so in reparation to a twentysomething woman, a former club member, who had demanded damages for sexual harassment.

The court decision said the former coach called the woman into his room during a training camp. He had her sit on his knees, put his arms around the front of her body, pulled her closer to him and stuck his forehead onto her back.

He was recognized as having said, as he groped her, “We should be connected heart to heart.”

According to the ruling, the former coach said, “If you really trust me, you should be able to take off your clothes if I tell you to,” and “I have a wife at home but none on the field. You should fill that role.”

He also told her to keep the matter a secret to his wife and to her teammates.

“You know what will happen if you were to tell anybody,” he said.

He clung to her in his room, with the sliding door shut, on six subsequent occasions.

The woman was diagnosed with post-traumatic stress disorder after the incidents. She took the matter to court in December 2017.

The former coach denied many of the alleged acts during the court proceedings, but the decision recognized a succession of his acts between May and June 2016 as constituting sexual harassment.

The woman agreed to be interviewed after the court decision was given. Her testimony highlighted a structural problem of the sporting world.

“I have had my claims finally accepted in a neutral arena,” she said.

When she consulted a senior teammate after she was sexually abused, the senior confessed she had also been a victim, the woman said.

In addition, she learned that yet another senior of hers had suffered in silence.

The former coach was a charismatic instructor who had won three successive Kanto regional intercollegiate championships and a national senior high school championship.

“The former coach is acquainted with members of corporate teams, so you risked hurting your chances of finding a job if you fell out of favor with him,” the woman said. “He had the absolute authority.”

It is never easy for athletes to defy their sports instructors, all the more because they have the power to decide on the team members who will be competing in games.

The woman cited fear of causing trouble for the team as another factor that makes it awkward for athletes to complain about abuse.

“Everyone had come to our university because they wanted to be at the top of Japan in softball,” she said.

“Raising your voice would have seriously upset the softball club, so you came to think everything would be fine if only you kept quiet.”

The same point was made by a manager of a women’s soccer team, where a scandal once broke out over an instructor who sexually harassed his players.

“Harassment was so rampant that one lawyer who investigated the case said it was only too puzzling that the scandal had not come to light earlier,” the manager said.

“In a sense, athletes and others concerned had overlooked the matter for fear that all training could be gone if the instructor, a man of both leadership skills and popular favor, were to be dismissed.”

That means instructors have cashed in on their absolute authority and “silence for the good of the team” in committing sexual abuse.

The plaintiff in the case appealed to a higher court, dissatisfied with the amount of the damages and other conditions.

Officials of Tokyo Fuji University told a reporter they have no comment on the matter.