‘Love Me, Love Me Not’ anime released after live-action movie 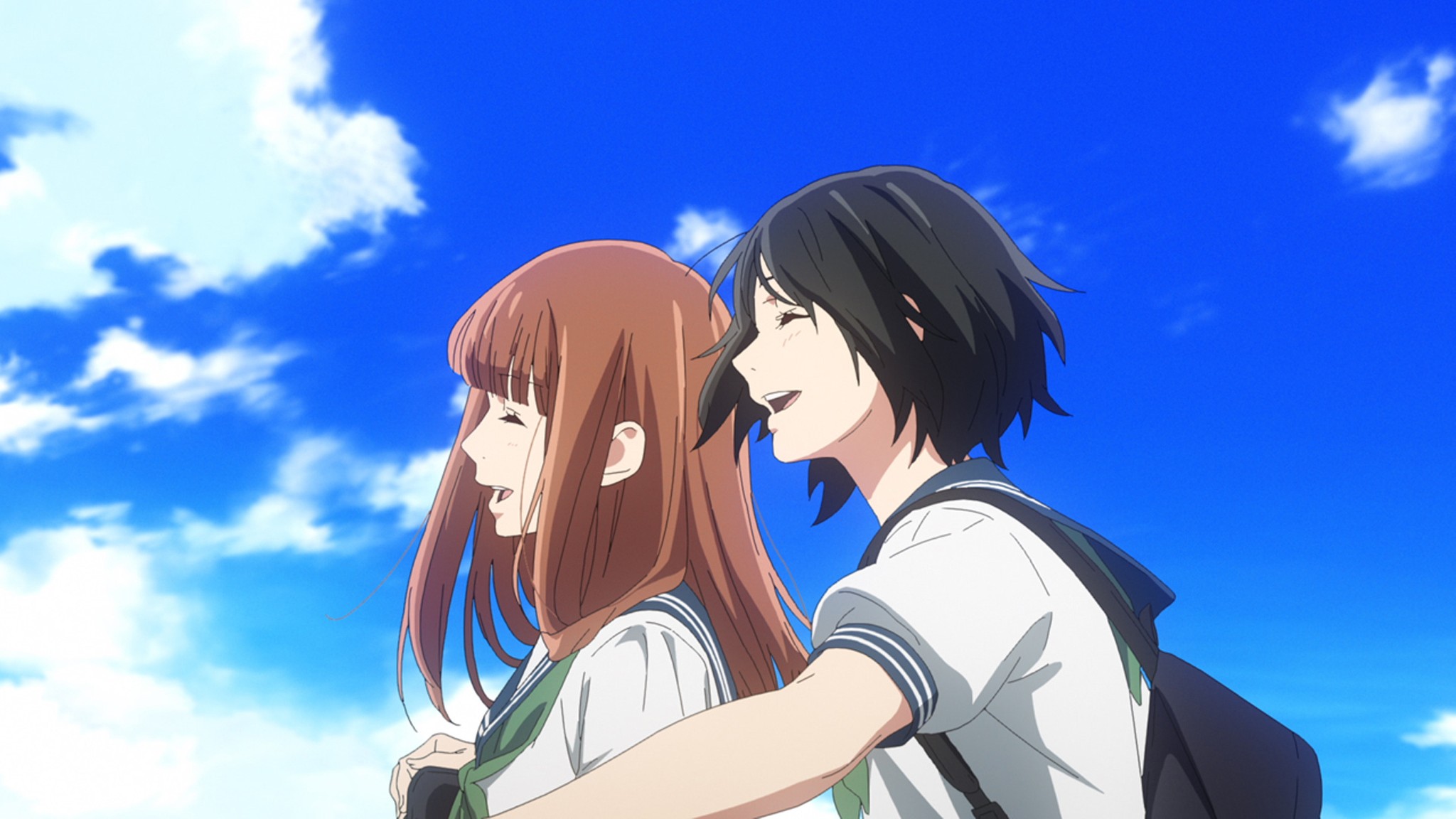 Yuna, left, and Akari from "Love Me, Love Me Not" (Provided by Toho Co.)

An animated feature film adaptation of the popular high school coming-of-age story "Love Me, Love Me Not" is now showing across Japan after being delayed for months because of the novel coronavirus pandemic.

The movie, starring voice actresses Megumi Han and Marika Suzuki, is based on the romance manga series of the same name about unrequited love, aimed primarily at a young female audience.

The anime movie was originally slated to open in May. It comes on the heels of a live-action film version of the story featuring Minami Hamabe and Takumi Kitamura that was released in August, thereby providing multiple avenues for fans to enjoy the story anew.

The story centers around two girls and two boys who attend the same senior high school and become intertwined in a love triangle.

Yuna, who is voiced by Suzuki, a newcomer to voice acting, is shy and withdrawn. She says her first crush was a prince from a children's book but then feels her heart flutter when she meets Rio, voiced by Nobunaga Shimazaki, who looks just like the storybook prince.

But Rio harbors feelings for Akari, who is voiced by Han. Akari became Rio’s sister-in-law after his father remarried, adding to the drama.

Akari, who is cheerful and sociable, then falls for Yuna's childhood friend Kazuomi, voiced by Soma Saito. Then he and Yuna learn about Rio's hidden feelings.

The story traces the ebb and flow of their entangled relationships as the four friends alternate in growing closer and further apart.

"I felt very nervous when I was given the role of Yuna and asked myself, 'Am I really fit for the role?' because I am a fan of the original manga," Suzuki said.

But Han, Shimazaki and Saito are all popular, veteran voice actors who created a comfortable working atmosphere for the newbie.

"We tried to make sure that Marika would feel at ease when talking with us so that she could act spontaneously," said Han, who made her professional debut in 2011 when she was singled out for the protagonist in an animated adaptation of "Hunter x Hunter."

In a way, life imitated art.

"Akari also tries to help Yuna grow up and, as a result, Yuna learns to express her feelings,” Han said. “We saw Yuna's personality in Marika, and we were inspired by her acting. It created a great recipe for teamwork.”