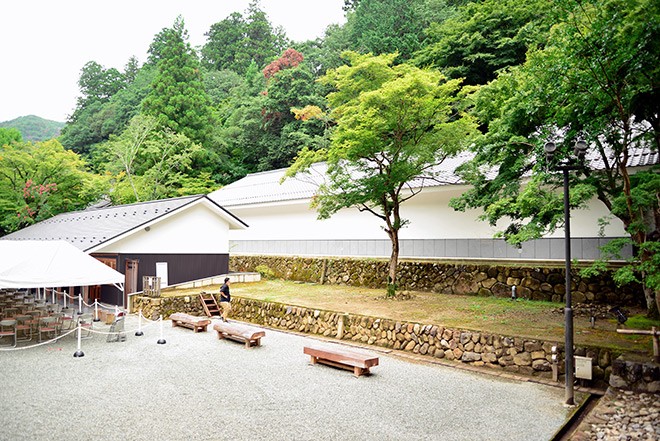 Among the highlights are the standing statue of Eleven-Faced Kannon and the sitting statue of Shaka Nyorai, both of which are national treasures from the early Heian Period (794-1185).

The temple is known as “Nyonin Koya,” or Mount Koyasan for women, because it was opened to female worshippers, unlike the famed Kongobuji temple on Mount Koyasan in Wakayama Prefecture.

The museum was initially scheduled to open in March, but the new coronavirus pandemic forced a postponement.

The temple spent about 380 million yen ($3.6 million) to build the Homotsuden.

The statues on display had been placed in wooden halls, but the buildings were deteriorating from humidity and fluctuating temperatures. They were also at risk of fire.

In addition, the Kondo Hall required visitors to climb about 80 steps to reach the Eleven-Faced Kannon statue. Some worshippers with physical disabilities prayed in front of the stairs instead, according to temple officials.

They said the new museum is a fire-proof structure with fire doors installed in each room. The statues are put on mounts equipped with earthquake shock absorbers to prevent them from falling.

The temperature and humidity are carefully controlled by an air-conditioning system.

The museum is also on level ground at the temple, providing easy access for disabled people.

“We think the Homotsuden now offers a chance for anyone to look at the statues up close,” said Shuji Oda, 57, a high-ranking priest at Murouji.

The museum is open from 9:30 a.m. to 3:30 p.m. for groups of up to 20 people for the time being to prevent infections of the novel coronavirus. Each group is admitted every 30 minutes.